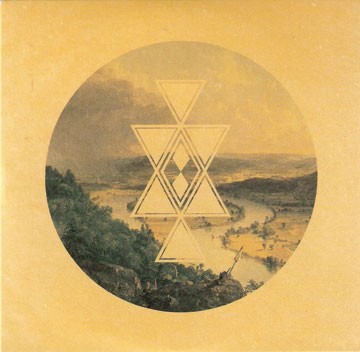 Songs for the New, the sophomore release from Hudson Valley-based chamber-pop-folk-rock quintet Two Dark Birds, achieves the remarkable feat of rendering domesticity, maturity, and country life every bit as compelling as, say, abandonment, wanton drunkenness, and stealing. The not-so-secret weapon is front man Steve Koester, gifted with the ability to convey shadowy subtext, whether he’s offering tantalizing rearview glances at a reckless past, a paean to the disarming beauty of the Catskill Mountains, or an ode to his daughter. It helps that he can turn out rare wordsmithery like “It was a knockdown, drag-out good time / At the Lake they call Algonquin / And the smoke moved off the mountains / Like the trees were breathing” (from “Lake Algonquin”).

Koester co-produced Songs for the New with drummer/multi-instrumentalist Jason Mills. In cahoots with bassist Jude Webre, guitarist Don Piper, and pianist Ben Wildenhaus, Koester and Mills embrace the rich Catskill Roots Music template; Songs for the New abounds with sonic nods to The Band, Van Morrison’s Tupelo Honey, and the epic gestures of Mercury Rev. Fuzzy keyboards and fingerpicked acoustics rub against violins and horns, and then it’s just Koester and Co. unplugged, offering a one-two punch of loss and exuberance over the metallic caress of a dobro. From barnburner to ballad, the full-grown men in Two Dark Birds execute these tunes with edgy intensity and hard-won grace. Riotbearrecordingco.com.