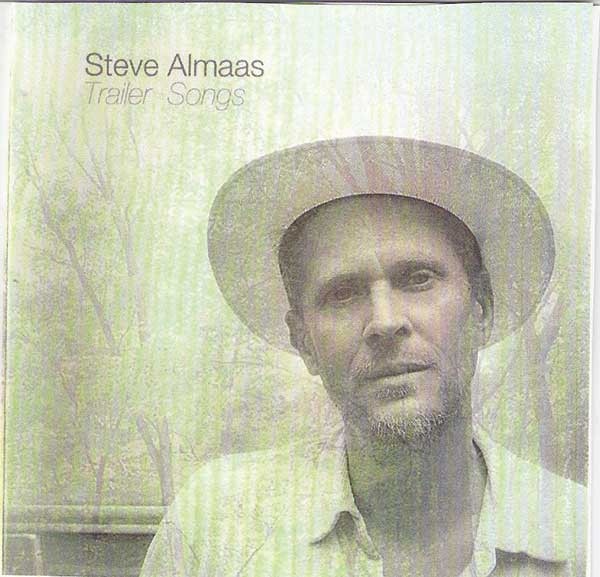 In 1985, I was playing guitar in a cowpunk band and spending more time on the air at my college's radio station than I was in the school's classrooms. One Tuesday afternoon, checking in the newest load of vinyl, I came across Staying Out Late with Beat Rodeo. It was a minor revelation, chock full of high, sweet, and soulful harmonies, percolating Bakersfield twang, jangling pop hooks, and an energy that suggested someone in the group had punk rock roots. That would be singer-guitarist Steve Almaas, the Minneapolis native who as a teenager had spearheaded the cultish but still legendary Suicide Commandos. When Spotify dawned, one of the first records I searched out was Staying Out Late, and it slayed me all over again.

Now Almaas, gray like me, is making music in the Hudson Valley. Trailer Songs—recorded, true to its title, in spare fashion in a pair of Airstreams—captures everything good about Steve Almaas. Despite the low-key approach, the download-only set does feature some heavy friends, including Ambrosia Parsley, the dB's' Peter Holsapple, fellow Minneapolitan-gone-Manhattanite Marcellus Hall, and the mighty Mitch Easter, who is as close to Almaas's musical kin as can be imagined. The tunes are hooky, simple, and often deceptively deep. The beautiful "Two Black Swans," for example, will linger in your ear long after the track has finished. "A Blues for Pilar" puts rootsy slide behind a minor-key groove. And the opening "Saturday's Child" sounds of a piece with Almaas's past and present. Stevealmaas.com.