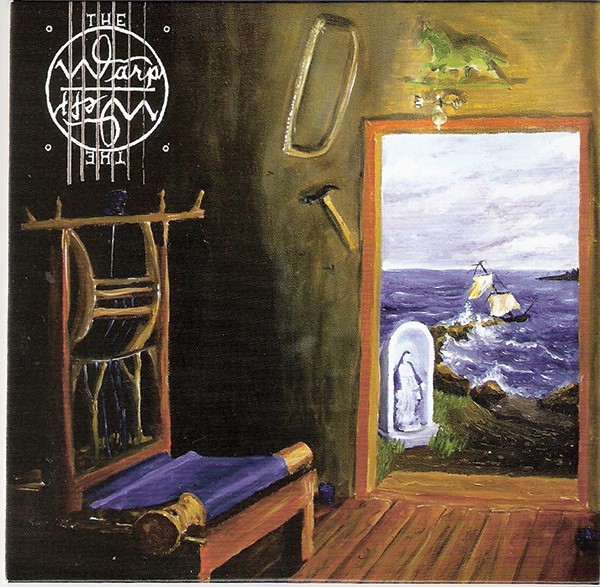 Shane Murphy, 1973 called and it wants Daevid Allen back. In addition to a healthy chunk of Allen's essential Gong efforts, I'd wager a day's pay that Murphy also owns the entire Incredible String Band catalog. In digital and vinyl formats. With its eponymous EP, Murphy's merry band of troubadours, The Warp/The Weft, offers trippy, dippy freak folk that posits a world where Henry Cow is spoken of in the same hushed tones as the Beatles. It's distinctly Brit-inflected, and even the song titles—"Storm & Wake," "Night Revision," "Caught Deep in the Dye"—seem like something sprung from Henry Cow member Tim Hodgkinson's fevered brain.

But its esoteric oddness is also its beauty. Murphy's perfect Middle Earth burr, whether it's born of an imaginary Shropshire landscape or not, lilts along like a drug, a draught, or a potion. The band, which occasionally rocks, and just as often shimmers—occasionally floating on Christian John Laura's sleepy free-jazz cymbals—is as deep into the mystery as its leader. In the middle of "Marry in Haste, Repent at Leisure," Murphy goes on about being as "empty as a poor pantry" and "the flesh of our own uncertainty," and we begin to believe him at last, until Chris Pellnat launches into an appropriately psychedelic guitar solo. On "Bathtub Mary," the Poughkeepsie quartet is joined by the wonderful Rob Caldwell on hurdy-gurdy. And Caldwell makes its ancient whir work, especially when Murphy unexpectedly leans into Tim Buckley territory. Prog on. Thewarptheweft.com.


"Bathtub Mary" by "The Warp/The Weft
Update Required To play the media you will need to either update your browser to a recent version or update your Flash plugin.

CD Review: Portrait of a Demolition