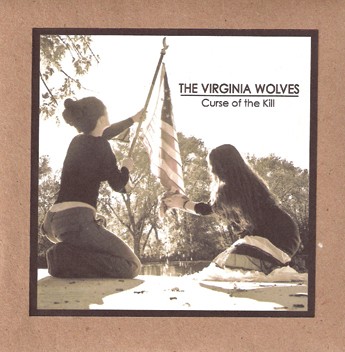 Flower child Kelly McNally and her organic rock band the Virginia Wolves are fresh-faced out of bohemia, saluting America’s soldiers on this poetic 13-track disc, which McNally hopes to bring to the ears of our dedicated troops and veterans. She dubs these “pro-peace songs”—not antiwar songs—and brings a message of hope and truth through her authentic ’60s attitude and rootsy musical passion. McNally’s controlled, steady guitar and lustrous voice is supported by Adele Schulz, Chris Macchia, Tommy Be, and various other local talents who nail a creeping folk groove on the head while maintaining a highly emotive and lyrical sound.

The theme here is the tragedy of war, one that never shies away from the charged topics of Agent Orange, blind obedience to authority, lost innocence, and plain and simple hell. The tone of the record never deviates, from the hang-loose chill of “The War Song” to the mollified groove of “Drafted Dove (for Dad)” and the laid-back “Zen,” the latter in which McNally cries “bring them home.” Perhaps not surprisingly, McNally is also a music therapist, so hopefully this recording will serve up a little anodyne to those brave individuals for the time being. Flower power, indeed. www.thevirginiawolves.com.