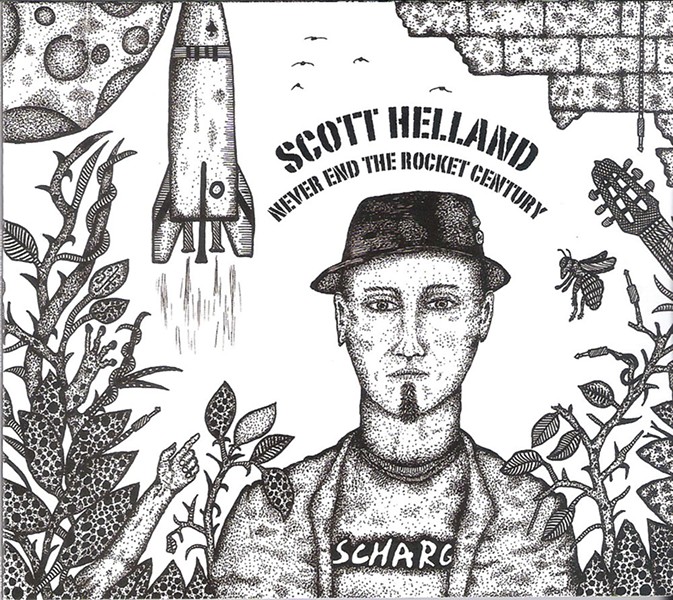 To borrow a line from "Monty Python's Flying Circus," and now for something completely different. Scott Helland, half of the New Paltz punk/gypsy/cabaret duo Frenchy and the Punk and a founding member of Massachusetts hardcore legends Deep Wound, has thrown us a curveball: a lovely and insistent recording of largely acoustic instrumental compositions. Playing guitar with overdubbed percussion, Helland intended the record as a multicultural mashup of the classic Ramones albums Rocket to Russia and End of the Century. While his acoustic has the propulsive drive of punk rock, the riffs resonate with sounds ranging from Krautrock to flamenco and spaghetti western pastiche. The guitar tones here are clean, bright, and metallic, with each piece building momentum from the song previous. Put Never End the Rocket Century on the car stereo and let the drive begin! Scotthelland.com.