In Gaelic, banshanachie means “woman bard,” which is an alter ego of local Irish singer Sarah Underhill, who has amassed a vast repertoire of Celtic folk songs since learning to sing from her mother. With a voice that is clear as a bell and captivatingly charming, she’s been entertaining local audiences since her stint as an engineer and “Sloop Singer” on the sailing vessel Clearwater in the ’80s. A regular performer of Irish, Scottish, and Northern English pub music with guitarist and mandolinist Ian Worpole at the Rosendale Cafe, she can also be found at New World Home Cooking’s Monday night Celtic jam session in Saugerties.

Underhill’s newly released 18-track CD, Strange Sweethearts, is a heartfelt collection of mostly traditional Celtic songs, and finds her joined by a dozen players that include Worpole, bassist Robert Bard, and fiddler Laurie Kirby, and guitarist David Bernz, plus others on banjo, flute, mandola, bodhran, and vocals. The album opens with the jaunty, guitar-and-mandolin-based “Bonelace Weaver,” a traditional 17th-century song highlighting courtship and dedicated labor. “Adieu to Old Ireland” is an aching a capella ballad filled with longing for the narrator’s birthplace and childhood in Belfast. The rousing and jiggable “Nelly Bly” features banjo and fiddle, while Underhill’s own “From the Prison” is a guitar-backed tale in which a mother tells her child about the inhabitants of a Hudson Valley prison. www.sarahunderhill.pbwiki.com. 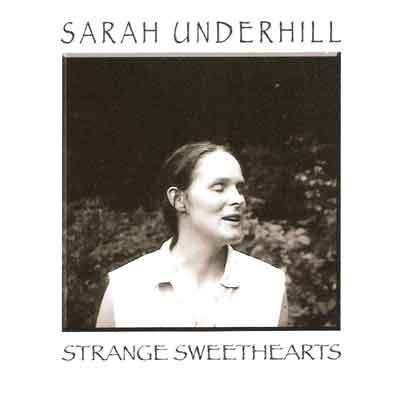 Enter the Haggis Steps into Pawling