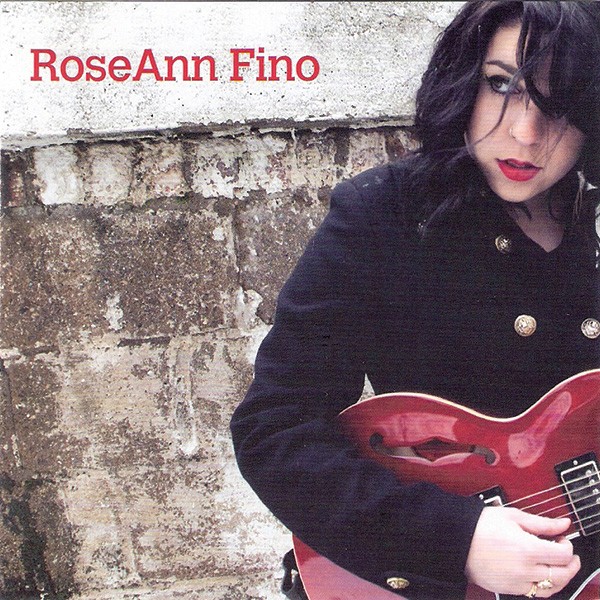 From the very first lyric, one might guess that there are going to be a lot of songs about relationships on RoseAnn Fino's debut CD. With an expressive voice that is laidback and open, she begins, "I used to lay inside the imprint your body made." But these aren't just lovers the young singer-songwriter is addressing in her tunes; she also encompasses friends and family, and she's a fine storyteller. Although there are some melancholy lyrics on this recording, the music camouflages the themes for the most part. Over 12 country/roots-rock tracks, Fino keeps the tempo mostly jaunty, fun, and even danceable. She utilizes relevant musicians on these tunes; to name a few, there is Gary Burke (Joe Jackson, Bob Dylan) on drums, "Professor Louie" Hurwitz (Rick Danko, Graham Parker) on keys and accordion, and John Platania (Van Morrison, Bonnie Raitt) on acoustic and electric guitars.

Fino herself also tackles guitars, mandolin, ukulele, and piano. Some of the genre influences here include reggae ("Murder Song"), country twang ("Change My Mind"), and even the slightly theatrical ("Little Girl Lost"). The most somber of all the tracks is "Boxed Wine," in which she's drinking the cheap stuff, listening to Bob Dylan, and singing to the man who gave her a guitar and a heart: her father. These tunes are indelible and fresh, and, with Fino's having grown up on a Hudson Valley farm and later moving to New York, they reflect the extremes of her stomping grounds. Roseannfino.com.

"Boxed Wine" by Roseann Fino
Update Required To play the media you will need to either update your browser to a recent version or update your Flash plugin.