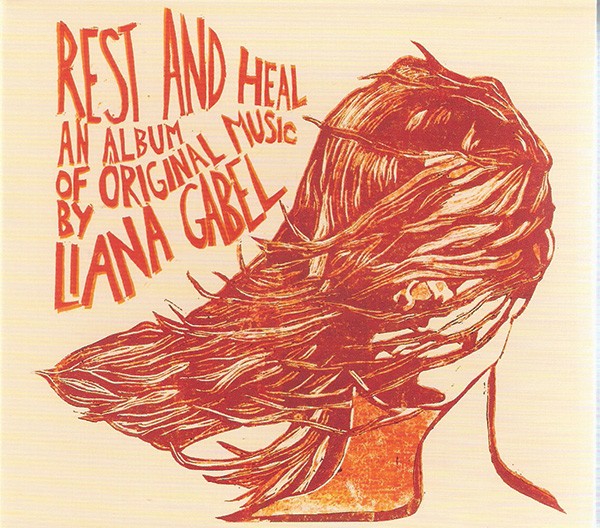 Rest and Heal is an offbeat mix of show-tuney, art-pop cabaret. A genre-bending shuffle between jazz, indie rock, and adult contemporary. Liana Gabel sings with abandon—controlled, courtesy of her classical voice training, but fearless. Her voice is striking and definitive, at times veering on a warm, thrilling shrill. The lyrical content and vocal inflections are playful and dark with flavors reminiscent of Bjork. And the combination of instruments (including trumpet, violin, banjo, and flute), voice, and production couldn't be better suited. In fact, it works so well that one wonders if Gabel got lucky, or, as it appears, a bubbling cauldron of talent was manufactured by her motivated musical soul mates on a focused and symbiotic quest.

Rest And Heal - Liana Gabel
Update Required To play the media you will need to either update your browser to a recent version or update your Flash plugin.

Originally from Rochester, Gabel moved to the Hudson Valley and met up with Evan and Jesse Stormo of New Paltz's Los Doggies, who play multiple instruments on the album and helped with its arrangements and excellent production. The album manages to stay light in the heels while maintaining an intensity of thought and force. "Emerald Green" is a treasure, starting out dirge-like, then slinking into proggy stabbings that find their way to an airy upbeat swing until finally landing in Beatlesque territory (think Revolver). All of the songs stay true to the heart of weird, with a confident, curious soul. Gabel will perform at Snug Harbor in New Paltz on March 1 and Chill Wine Bar in Beacon on March 29. LianaGabel.com.