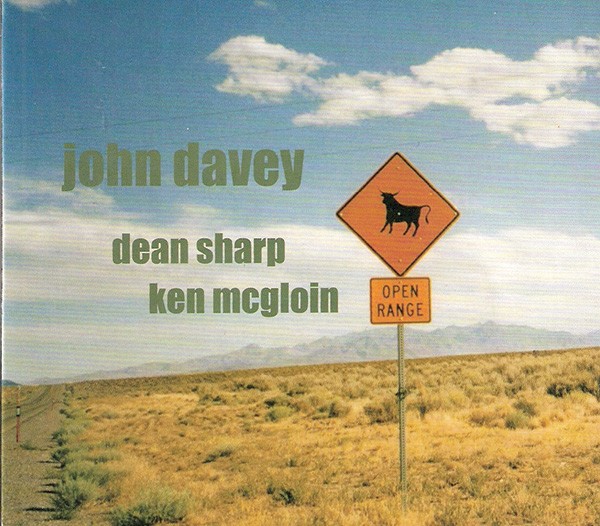 On the jazz trio album Open Range, bassist John Davey is the session leader, but this is no bass-centric project. The lyrical guitarist Ken McGloin and the devilishly inventive drummer Dean Sharp are, if anything, more prominent in these performances. Davey, however, is the principal composer and, one assumes, the lead phone call maker. Open Range belongs to a tradition of quiet radicalism. It is often ECM-like in its world-sourced, impressionistic colors and its low-cliché, sensitive, ensemble improvisation, but it is also challenging and even disturbed in a peripheral kind of way. Its bookend tracks are explicitly indebted to Bright Size Life, the Pat Metheny trio's debut. Like Bill Evans' Sunday at the Village Vanguard a generation before, Bright Size Life broke ground with its empathic interplay while it simultaneously debunked the machismo of jazz.

The Inevitable Blues (Featuring Dean Sharp & Ken McGloin) - John Davey
Update Required To play the media you will need to either update your browser to a recent version or update your Flash plugin.

No one will perceive Open Range as the kind of smooth jazz of which Metheny is so often (falsely) accused, however. A mere three tracks in, on "The Inevitable Blues," a sonic oddness begins to assert itself, and it does not let up. "Home on the Range" and "Wayfaring Stranger" tap folk source materials. Things go "world" on the delightful "Tears for Oaxaca," faux-electronica on "Freakshow," and '60s go-go chic on "Better Days." It's an album of hushed intensity and a veiled but deep weirdness expressed in every rattle and rivet of Sharp's unconventional drumming. It also rocks, sings, and swings freely. Johndaveymusic.com.