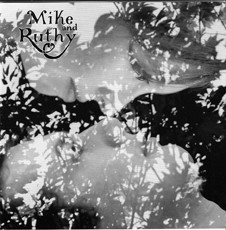 When most newlyweds take their honeymoons, they jet off to some sunny, all-inclusive resort in the Caribbean. Not the Mammals’ Michael and Ruth Ungar Merenda. After receiving the wedding gift of recording time from producer Jose Ayerve, the young couple opted to spend their postnuptials at home in West Hurley making their first album as a duo. Be elated they did: This simply beautiful, organically crafted (and well-titled) session references the Mammals’ neo-string band tack and folk roots (fiddler and guitarist Ruthy is the daughter of famed fiddler Jay Ungar) and also brings a trough of more contemporary influences (brilliant covers of Tom Waits, Etta James, Bob Dylan, even Hella’s Aaron Ross).

This disc is a 40-minute expression of love, one that works on several levels. There’s the obvious tier of the couple’s love for each other: the near whisper of guitarist/banjoist Mike’s “All the Time” or Ruthy’s vocal caressing of the Velvet Underground’s “I’ll Be Your Mirror,” which almost makes us blush and find somewhere else to be. Then there’s the duo’s amorous reverence for the folk tradition, which to them mandates reinventing—not coddling—the classics; Mike’s arrangement of “I’m Going to Get My Baby Out of Jail” overflows with dirty Neil Young guitars. But peel back another layer to find a love for the act of music-making itself and the warming hearth it represents for these folk-reared kids; Ruthy’s stepmom, Molly Mason, contributes bass to “Beg and Borrow,” the romping ode of an artist scraping by. Here’s hoping the couple’s anniversaries yield more records this good. www.mikeandruthy.com.