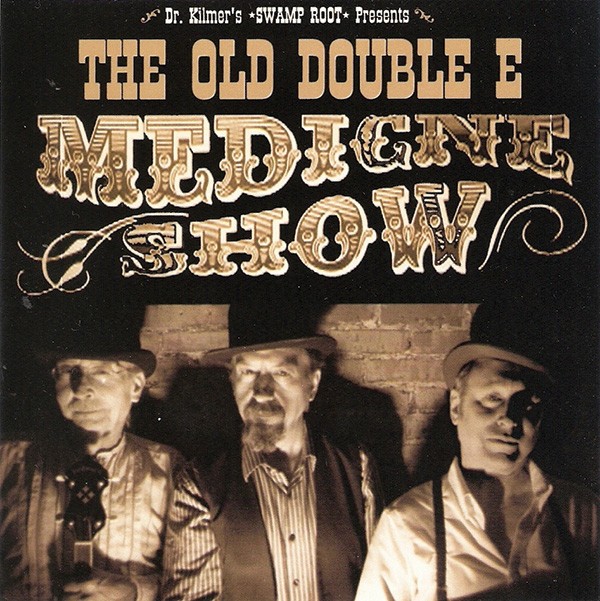 Medicine Show, Kingston's Old Double E's debut seven-song EP, is over before you know it—20 minutes of unvarnished, good-humored folk and bluegrass and a few originals recorded live in a castle. The set is capped by a stylized radio advertisement and the song "Swamp Root," which extols the benefits of Dr. Kilmer's magical medicinal tonic. The old-time conceit extends to the band's Facebook page, where a Mister Dirk Sneath, Esquire, is identified as their manager and the band description offers only an overview of the characteristics of the coon dog: "He'd be best described as a 'no account lazy dawg...'"

If the Old Double E isn't playing too hard at the retro ruse, it is only because the members don't have to. The trio of John Adami (on a nimble mandolin), Ed Butler (guitar and vocals), and Earl Walker Lundy (vocals) have more than a few years on your average Brooklyn roots farmer, as well as a down-home pedigree—Butler is from Kentucky; Lundy (well known to locals as the front man of Voodelic) hails from Mississippi. These bona fides lend an ease to their time travel. Lundy brings the fire and the soul, Butler a plain-dealing delivery that really does seem to cross a century to get here. The band is at its best when the two execute traditional low harmonies, as on Jimmy Martin's lovely waltz, "Losin' You," a real keeper on this unforced, unfussy debut effort. Facebook.com/TheOldDoubleE.