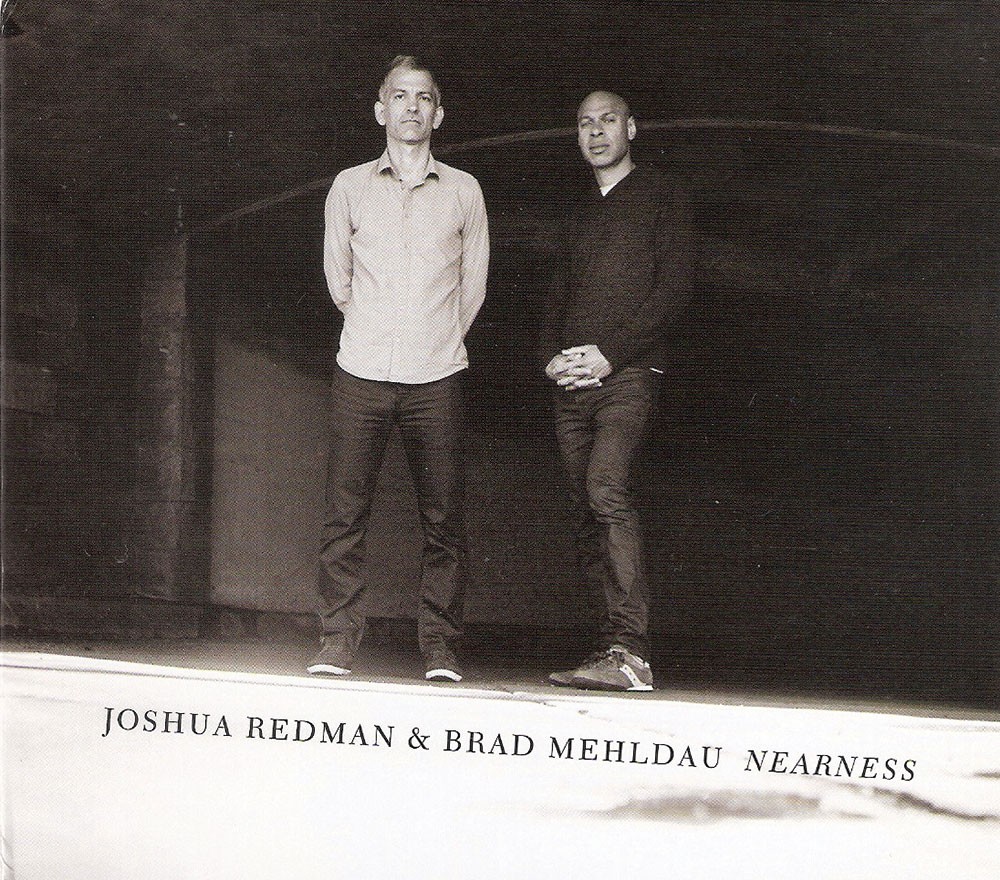 A few bars into Nearness's opening track, Charlie Parker's anthem "Ornithology," and Joshua Redman and Brad Mehldau have lit out to take the road never travelled. Far from falling into rote soloing and comping, they parry and feint, call and respond, and interweave lines and, crucially, silences to create a sort of post-bop Dixieland whose counterpoint is as thematic and timbral as it is melodic. Pianist and Hudson Valley resident Mehldau came to prominence while a member of the '90s quartet led by Redman, who famously abandoned an opportunity to attend Yale Law School in order to become one of the most commanding saxophonists of his generation. Their ease as a duo is infused with palpable mutual respect and continuous volleys of inspiration on this recording, drawn from a series of European performances in 2011.

Things get even more abstract on another bop lodestone, Thelonious Monk's "In Walked Bud," where they enter with shards of shifting, Calder-like perspectives, giving way to a lustrous solo from Mehldau that engages his renowned, beguiling chord substitutions with repeated notes and bluesy interjections. Redman, while often providing a full-toned grounding to the proceedings, proves no less capable of melodic complexity in his virtuosic tenor cadenza that closes "The Nearness of You" and in the propulsive heartache that drives the Mehldau originals "Always August" and "Old West." The result is an exceptionally potent demonstration of the state of the art from two acknowledged jazz masters, enshrining the tradition as an eternally fresh means of expressing the vitality of now. Nonesuch.com.