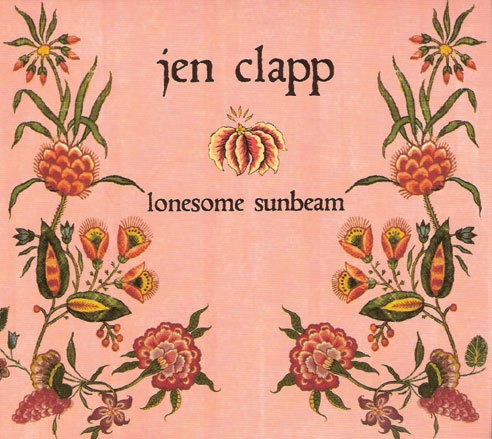 According to its liner notes, Jen Clapp’s new CD Lonesome Sunbeam was recorded on solar power. Even if that’s impossible to tell by listening to the music, it’s worth mentioning, as the album is warm, intimate, and inviting. Performing with a full band on this solo debut, Clapp sounds comfortable and confident, equally at ease in moodier numbers, like the album’s tender title track and “Last Ride,” as she is in those that shimmy and shake, such as “Voodoo Baby.” The prevalent sound might be considered as being under the alt.country umbrella; see “Might Have Moved On” and the wistful “Tenderheart,” both of which feature aching violin played by Sara Milonovich. But there’s much more than meets the eye, including what might on paper seem impossible: the blending of the earnestness of the ’70s singer-songwriter with the goosebump-raising atmospherics of Portishead on the drums-free “Last Ride.” “Icy Windows” might be Lonesome Sunbeam’s artistic tentpole; the lyric’s somber feeling of yearning blends seamlessly with the music, floating in the slow wake of guitars, keyboards, and Clapp’s gentle voice.

A former member of New York band Native Tongue, Clapp was a key player in the early ’90’s folk-punk scene in the city, with a steady gig at the legendary Cafe Sin-é, the stomping grounds of a young Jeff Buckley. Representing something of a return, it’s clear Lonesome Sunbeam is right where Clapp belongs. www.jenclapp.com