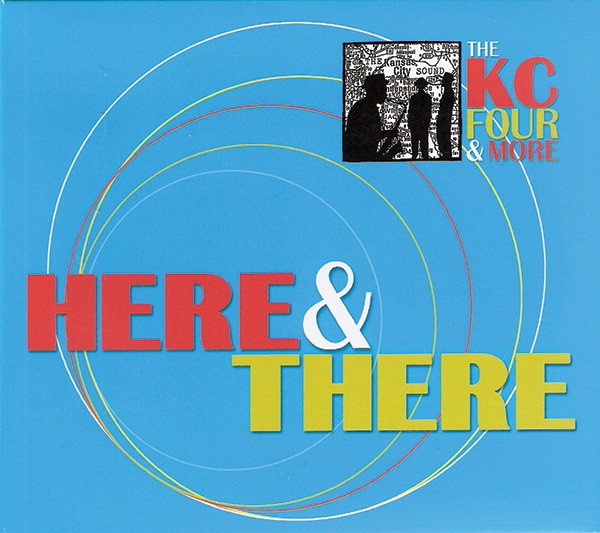 Jazz. Dark nights. Clinking glasses. Small talk between the beats. Assignations. Declarations. Salutations. Live jazz, at least, hovers in a sonic atmosphere that hums with the same aliveness that fuels the music. Here & There, the recent double disc from the KC Four & More, takes you to that place. If it was 20 years ago, it would have been a smoky dive, but now the joint serves organic and caffeine sits just fine alongside the bourbon. Leader Harvey Kaiser pretty much kills on the reeds here, tackling stuff from heroes like Louis Armstrong, Benny Golson, Hoagy Carmichael, John Coltrane, Thelonious Monk, and Lester Young,as well as his own pen. Steve Haas joins in the fray on drums, Allen Murphy is on bass, and Mike Kull is on piano.

This is not a pioneering record. Nothing new happens. Nothing new, that is, outside the endless invention of jazz in the hands of solid players. The buzz of life in the background (some from the High Falls Café) distracts little, adding more by its very community. "Struttin' with Some Barbecue," "Nature Boy," "Lester Leaps In," "Stardust." The titles may be familiar, but that doesn't prevent Here & There (also recorded in Italy and Poughkeepsie) from being an absolutely sweet listen that will turn any car, kitchen, or bedroom into an intimate nightclub—chatting pals and all—the moment you press play. Wonderful. KCSoundHV@verizon.net.