CD Review: Has Anybody Seen Our Freedoms? 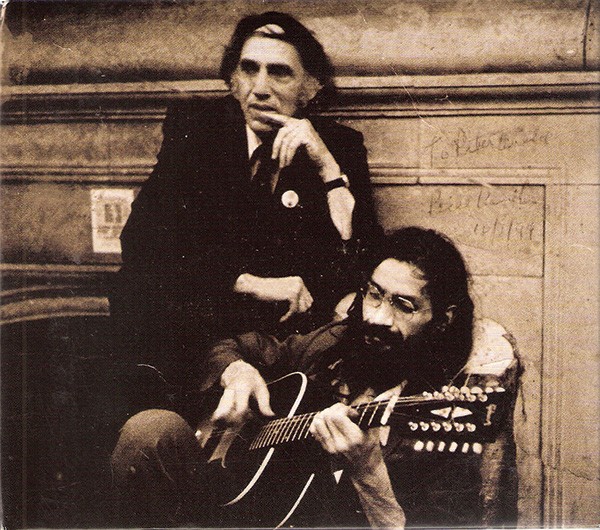 Peter Walker Has Anybody Seen Our Freedoms?
(2013, Delmore Recording Society)

It was over 50 years ago that Peter Walker set out on a musical quest that would hugely expand the possibilities of the acoustic guitar. Along with a handful of similarly minded pioneers that includes John Fahey, Davey Graham, and his running buddy Sandy Bull, Walker is one of the earliest players to synthesize Anglo-American folk forms with Indian, European gypsy, and Spanish styles to create an approach that's left a deep mark on younger instrumentalists like Jack Rose, James Blackshaw, and Alexander Turnquist. An erstwhile Woodstock fixture (he was the house guitarist at the Joyous Lake for 10 years), Walker taped the magical Has Anybody Seen Our Freedoms?—all live in one take and with no overdubs—at New York's Mercury Studios in December 1971.

Early In The Morning - Peter Walker
Update Required To play the media you will need to either update your browser to a recent version or update your Flash plugin.

The previously unreleased 40-minute set is an epic suite that serves as a meditation on the passing of the 1960s. On five-to-eight-minute workouts like "Wonder" and "Early in the Morning," Walker's impressionistic, sung/spoken/chanted lyrics intertwine with the labyrinthine tapestry of droning raga-blues and frenetic flamenco he weaves with the 12 steel strings of his Gibson. Hazy and swooning, the seven psychedelic pieces here unfold gracefully and slowly, like the petals of a flower beneath a summer sunrise. The accompanying booklet features a lengthy, evocative essay (excerpted from Walker's forthcoming memoir) that's tantalizingly rich with tales of musical and spiritual pilgrimages and the experiences of a musician-activist during the Vietnam era. Delmorerecordings.com.