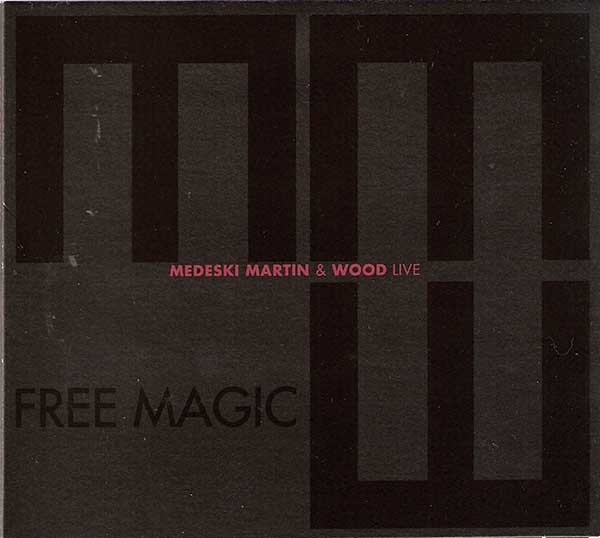 Free Magic, Medeksi, Martin & Wood's first acoustic recording since 2000, demonstrates the trio's impeccable musicianship, not through electric fortification, but through "rhythmic and sonic connection." MMW explores and interprets five compositions recorded live at three different venues in 2007 through more than one portal, refreshing and retexturing them. In the opener, "Doppler," the first six minutes are an improvisational playground for drummer Billy Martin on the African balaphone, keyboardist John Medeski on toy piano and melodica, and bassist Chris Wood on bowed bass. Then the groove saunters in.

Keyboardist George Duke wrote in 2007 that "The blues, at its best, is raw and free, and mad technical expertise has little to do with it!" Woodstock resident Medeski's technical prowess behind that rawness and freeness fires "Blues for Another Day" with a sway between a drawl and a cry. As Martin rattles on metallic percussion pieces and Medeski on a prepared piano, Wood's high-pitched melodic solo gives "Free Magic/Ballade in C Minor, 'Vergessene Seelen'" a Far Eastern-tinged sound. Without one seam showing, MMW sew and swing together bassist Charles Mingus's and otherworldly bandleader Sun Ra's respective "Nostalgia in Times Square/Angel Race." Nearly 22 years on from the band's late '80s/early '90s downtown New York beginnings, time has not dulled MMW's polish on Free Magic. Mmw.net.