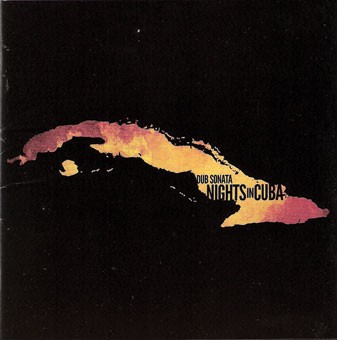 Open up the sophomore CD from producer/beat crafter Dub Sonata and out pops a colorful and diverse 28-page booklet of photos from his recent foray in Cuba: portraits, street scenes, and abstracts. The stories told through the lens are a perfect match for the music. Gritty and vibrant, like its samples from old Cuban records. Dynamic and tasteful, like its Latin jazz sprinklings from top-notch musicians. Carefully orchestrated with meticulous chaos, like its adventuresome arrangements. And, most of all, virile but old school, like the hip-hop and dub beats that dominate the record. If you don’t move while listening to Nights in Cuba, you are dead. The music shifts effortlessly from track to track—19 mostly instrumental vignettes in all, only three of which are longer than three minutes.

This is an orgy of genre and influence that Lee “Scratch” Perry would revel in—from the sounds of the saltwater-battered buildings to the big-city American, corner-store chatter of 40s in brown paper bags; from the isolation and earthy simplicity of a Caribbean island to the massive urban melt of New York City. Sonata—who’s spent time in Ossining, Peekskill, New Paltz, and Albany—has managed to pay homage to the sound, dance, art, perseverance, and pervasiveness of the Cuban people while melding it all seamlessly with the edgy and frenetic culture of urban America, making it hard to believe that the distance from Cuba to Key West is the same as from Kingston to Manhattan. So close and yet so far…