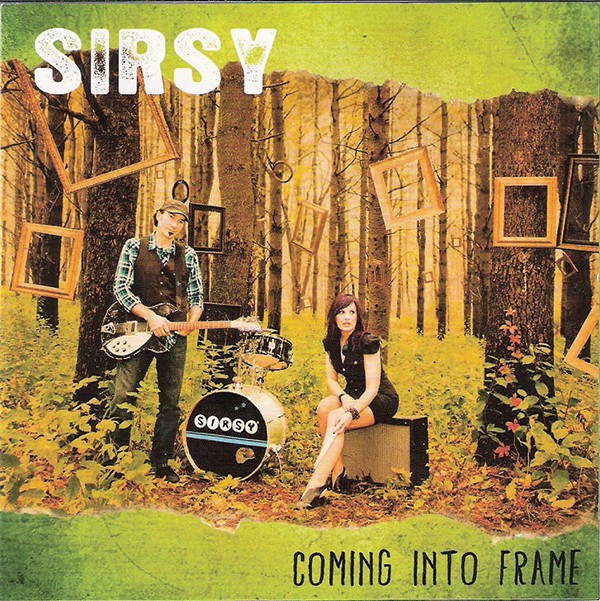 It would appear that the Albany-based alternative rock duo Sirsy has a schtick, in that guitarist Rich Lubutti plays bass parts on a keyboard with his feet and singing drummer Melanie Krahmer plays a full kit while standing and her own bass riffs on a keyboard with her sticks. That alone should entice you out to one of the pair's 200-plus shows a year. But hold on, there's more: Sirsy's latest record, Coming into Frame, was produced by the Grammy-winning duo of Paul Kolderie and Sean Slade (Hole, Radiohead, Dresden Dolls, Pixies). And if you call right now, you get a surprise gift—a hit single-caliber song. Still questioning? This deal can't be beat!

Cannonball
From Sirsy's album Coming Into Frame.
Update Required To play the media you will need to either update your browser to a recent version or update your Flash plugin.

Both players just happen to be super hot. So what, you say? What about the music? Well, Krahmer has an unbelievable voice that traverses a shy, coy whisper to a grrl-power growl with headroom to spare. And Lubutti's guitar on "Cannonball," the first song on the album, is reminiscent of a certain Mr. White. In fact, it would be hard not to compare Sirsy to a confectionery, G-rated version of the famous striped duo if the rest of the record didn't veer into mushier, less adventurous territory. Some of the songs' production stifles the R-rated and raw sucker punches that leave you gasping from Sirsy's live YouTube forays. Commercial radio rockers will love the album. Indie sugar punks should go see them live. Sirsy.com.