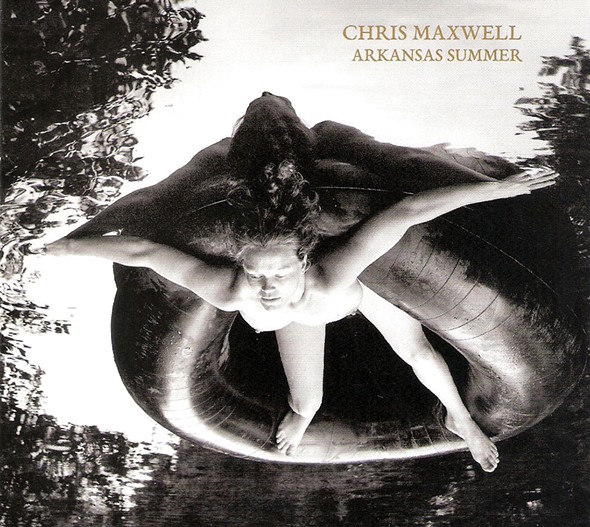 Arkansas Summer lures the listener in gently, drenched in Sparklehorse-like dreaminess, before the second track guitar-stomps us into late Lennonesque territory. The album settles in with a mix of indie-folk influences, revealing an artfully voiced collection of catchy songs with following power. Written, mixed, and produced by Chris Maxwell, the record leads the listener on a road trip filled with intimacy and emotion. The lyrics are smart while remaining humble, especially when matched with the appropriately tender and confident voicings. On "Imaginary Man," Maxwell sings hushed and sweet, "I gave you hands so you could grip / So you could pucker, I gave you lips / So you could wiggle, I gave you hips / and fingertips, for you to mold me."

Imaginary Man
Chris Maxwell—Arkansas Summer
Update Required To play the media you will need to either update your browser to a recent version or update your Flash plugin.

The solo debut is quite a departure from Maxwell's stint as the guitar player in Skeleton Key, who toured extensively with heavies like the Melvins, Primus, and the Jesus Lizard. These days, he's a producer and composer who writes music for TV shows like "Inside Amy Schumer" and works with acts like They Might Be Giants and Iggy Pop. Now based in Woodstock, the Arkansas-born Maxwell recorded the album mainly in his own Goat House Studio and called on area players like his partner in the music production duo the Elegant Too, drummer Phil Hernandez; keyboardist Marco Benevento, bassist Mike Duclos, and singers Ambrosia Parsley, Amy Helm, and Burnell Pines to dip and veer through his memorable compositions.