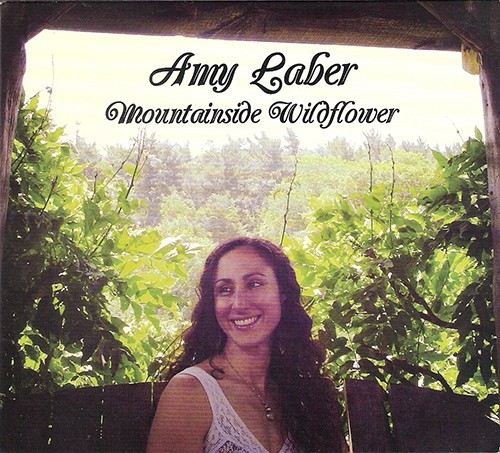 This is an organic, roots-music effort I can get behind on many levels. New Paltz-based singer-songwriter Amy Laber's vision of country music digs deep beyond superficialities of form and twang to the bedrock of soul music with a lower-case "s"—which, if you think about it, is what powers great music of any kind. Laber displays plenty of soul here, in her haunting vocals, which connect Loretta Lynn to Patti Smith; in her reliance on modal drones—the essence of blues and the DNA common to so much global folk-roots music, from Ireland to India to China and back again; and in her resonant writing about life and love and nature and music itself ("From New Orleans to the Moon" pays tribute to Johnny and June Carter Cash.)

It also helps to have on hand a veritable supergroup of roots talent, including guitarist Cindy Cashdollar (Bob Dylan, Van Morrison), Steel Guitar Hall of Famer Neil Flanz (Gram Parsons, Emmylou Harris), and bassist Byron Isaacs (Lumineers, Amy Helm). "I Got No Place to Go" and "Rose of Sharon" boast an ancient, timeless quality, while Flanz's pedal steel snaking around the melody on "Downstream" gives it a classic Patsy Cline-era/jukebox-country feel. Kudos to producer Stephen George, who also plays drums, for stretching a canvas that allows these disparate elements to fuse into a seven-song celebration of a very personal brand of Americana.