CD Review: A Break In The Weather 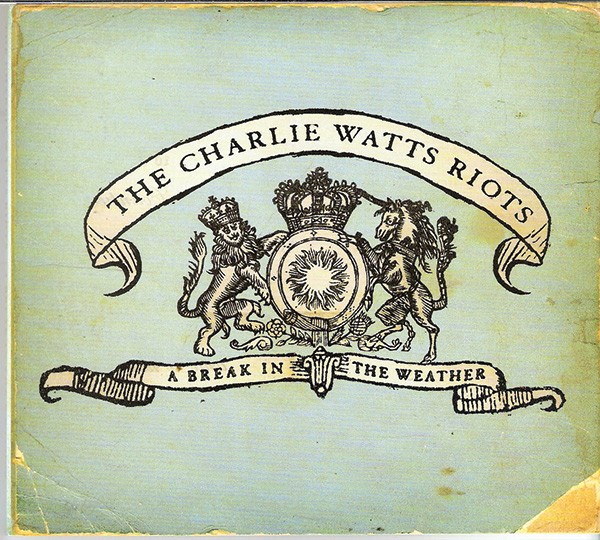 Regulars at the soon-to-be shuttered Albany music mecca Valentines are familiar with hometown fixtures The Charlie Watts Riots. The trio is known for its matching black suit-and-tie stage attire and supercaffeinated power pop sound. On this, its sophomore long-player, ear-candy hooks, sweet harmonies, and a brash attitude have a lot in common with the group's 2010 debut, Long Story Short. This time out, though, the crystalline, echo-laden production, along with an infusion of hard boogie and power balladry, lend the set a distinctive hard rock dimension. Numbers like "Omaha," "No Idea," and "Caveman Town" boast a deliberate and crunchy sound that could match the rooster strut of any Sunset Strip outfit, past or present.

No Idea - The Charlie Watts Riots
Update Required To play the media you will need to either update your browser to a recent version or update your Flash plugin.

Meanwhile, "The More that You Change" effectively puts across the tender/tough aesthetic with acoustic and electric guitar trading passages seamlessly before resolving into a Cheap Trick-like arena anthem that's buoyed by flourishes of trumpet and saxophone. The expansive sound mix, courtesy of Nashville-based Nick Raskulinecz (Foo Fighters, Deftones), is a good showcase for the low-down rhythm section of Mike Pauley (bass, vocals) and Joe Putrock (drums, keyboards). Front man Seth Powell (guitar, vocals, keyboards) ably leads the sonic charge. The Charlie Watts Riots seem to have their sights set on invading mainstream rock radio, and this release might just capture that beachhead. Charliewattsriots.com.

Music A Break In The Weather The Charlie Watts Riots Audio

Speaking of A Break In The Weather, The Charlie Watts Riots