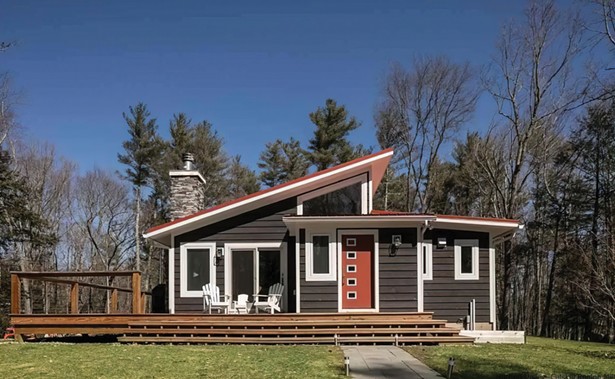 These days, everybody wants a piece of the Catskills. From Ellenville to Bovina, the last year of record-setting home prices have made Sullivan, Ulster, Greene, and Delaware counties real estate hot-spots worthy of national attention. Though these sleepy towns and hamlets had always lured buyers with their breathtaking scenery, buying a home there had always been a bit of a gamble.

“We always get asked about our resale values when we sell a new house,” says Chuck Petersheim, founder of Sullivan County-based design-build firm, Catskill Farms. “From 2001 until now, the adage in the Catskills was ‘Buy now, own forever,’ which reflected the general malaise in the region’s real estate,” says Petersheim. The reason, he says, is that there was always more housing inventory available than buyers, which kept prices from climbing and homes on the market for six to 18 months or more. “As for making money, or getting out whole, or even getting out, that could prove tenuous,” he says.

For Petersheim, whose firm has designed, built, and sold just under 300 homes in the region over the last 20 years, the risk/reward ratio of buying in the Catskills has always been top of mind. As a result, Catskill Farms has become known for stylish, flexibly designed new homes that provide an alternative to the costly fixer-upper experience, and lately, the flood of high-brow modern homes hitting the market. And the kicker—they resold well even before the pandemic drove everyone to buy upstate. 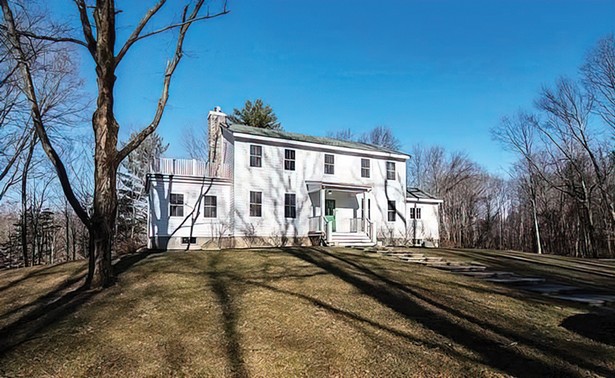 From farmhouses to cottages, modern ranches, and barns, the firm’s regionally inspired homes are a blend of tasteful sensibility and modern convenience. For many, they’re the quintessential Catskills real estate dream. “For the first 10 years, no one sold our homes because they were so valued by the owners as places of comfort,” says Petersheim. “But over the last couple of years we’ve seen dozens of resales, and the queue of buyers and subsequent sale prices has been remarkable and very complimentary.”

A recent Instagram post from a Catskill Farms client who just sold her house reads, “Today we officially said goodbye to this gem. 😥Thank you for being our happy place, then our safe place and now our kid’s college tuition. 🙏Thanks for the memories, Narrowsburg.”

In the current marketplace, Petersheim says, resale prices for Catskill Farms homes have surpassed any others in the region. One recent sale, a farmhouse the owners originally bought for $600K sold 18 months later for $1.1 million. Several other cottages, originally sold around 350K, have resold for over $500K. “The reason is fourfold,” he says. “We sold them originally at more than fair prices, the marketplace loves them because they look good, they stand the test of time, and they aren’t overly pigeon-holed from a design perspective.”

Petersheim not only sees his clients’ resales as benefiting their bottom lines, but for the Catskills as a whole. “It’s not just the sellers who are making money. Realtors are making $30 to $70K on each sale, and new buyers typically spend locally the most within their first 18 months in a house,” he says. “This is a tremendous amount of money ping-ponging around the local economy.”

The ability of Catskill Farms’s homes to hold and grow value has also offered a solution to much of what the market needed: more high-quality housing inventory in the region.

“There is nothing more validating to me as a house designer and real estate investor than our resales. It proves it’s not just my winning personality that sustains the value of these homes,” Petersheim jokes. “But their value in the eyes of a wide range of Catskills home buyers. They are good homes, not too fancy, not too niche, not over thought or overwrought. Simplicity is never an easy design goal to achieve, and to me, the resales show we hit the nail on the head in terms of meeting a need in the Catskills.”

The Women Behind Catskill Farms Sponsored