'The Art of Thorneater Comics' Will Lytle

There's snow on the ground, but Will Lytle comes to his front door barefoot. "Did you find me all right?" he asks, with a grin that implies it might take a few tries. (It did.) Approaching his handbuilt house in West Hurley for the first time, a reader of Lytle's visionary Thorneater Comics may feel a thrill of recognition, coupled with the sensation that she really should be arriving on owlback. There's the clearing amid the tall trees, the triangular roof and small stained-glass window. And yes, there's that furry-chinned wizard, inviting you into his lair.

Lytle stopped shaving two years ago, while traveling in backcountry Alaska with friends, and now sports a chest-length red beard. His head is shaved clean. The visual contrast of smooth pate and intricate textures is striking. He looks like a Will Lytle drawing.

"So much of his work reflects the magical essence of the Catskills, and it is that magic that's finding its way onto the pages of newspapers, books, and even the streets of Paris," says Golden Notebook co-owner Jackie Kellachan. The New York Times recently described Lytle's work as "fairy-tale-like comics that evoke the dark humor of Maurice Sendak and Edward Gorey," influences he cites alongside Graeme Base, filmmakers Stan Brakhage and Andrei Tarkovsky, J. R. R. Tolkien, and Rider-Waite tarot artist Pamela Colman Smith.

Influences, sure. But Lytle's art is uniquely his own, and the same whimsical, mordant, defiantly homegrown aesthetic permeates every detail of his little house, which is light-filled and lovely and lacks both a phone (he eschews instant access and monthly bills) and a bathroom (he uses the woods, or his parents' house).

Lytle makes tea on the two-burner camp stove hunched atop a half-size fridge and sits next to the woodstove, on a salvaged vintage armchair draped with what looks like a fox fur. Surrounded by feathers, antique bottles, and other plunder, with runic tattoos peeking out at the ankles, he resembles a Druid priest, or possibly an extra from Monty Python and the Holy Grail. Like I Spy and Where's Waldo?—both childhood favorites—it would take many visits to see everything in this room.

Some things you might spot at a glance: a 7-Up glass full of arrows, an animal skull on a glass-domed cheese plate, a marble bust with a tiara, five homing pigeon bands (some still on bird feet), seven kerosene lanterns, a pair of skunk pelts, a tarot card on a makeshift bluestone altar, an immense butcher block. It's all of a piece—boho Catskills primitive—except for the desktop Mac on Lytle's drawing desk and the huge black TV hanging high on one wall.

Lytle comes close to blushing. "I'm fucking embarrassed that I have this 40-inch flatscreen," he admits. Call it forbidden fruit. "My mom never let me have video games. I couldn't get a Tamagotchi out of her."

Lytle's parents came to Woodstock for the concert, sort of. His mother caught the muddy tail end, and his father arrived three days late, but they both loved the local vibe. In 1971, they bought a small plot of land to homestead, building the family house from hand-milled lumber and growing most of their food. The youngest of three siblings, Lytle says, "By the time I was born, they were good at it."

Though neither parent identifies as an artist, their creativity was everywhere—wood and stonework, heirloom gardens, handmade calendars—and they encouraged young Will's love of drawing and books. "The library was humongous in my childhood, an endless miracle zone." At Onteora High School, he joined the groundbreaking Indie film program, staying on for several years after graduation to work with teen filmmakers. "Russell Richardson made me a job," he says gratefully.

Lytle attended the film and video program at New York's School of Visual Arts for a year, but urban life and the pull toward commercial art made him restless. He dropped out, alternating a day job at Woodstock's Sunfrost farmstand with trips to New Zealand, Europe, and the American West, often hitchhiking or riding the rails. But the Hudson Valley always lured him back, and eventually he built his house on a wooded corner of his parents' land. Inspired by Adrian Tomine's guerrilla comics, he started printing zine-style chapbooks in 2011, leaving free copies in locations ranging from local libraries and bookstores to the beer fridge at Cumberland Farms (the franchise was not amused).

Though he still prints small-batch chapbooks at "prices my peeps can afford," Lytle is fitfully making his peace with success. Illustrating on commission has refined his technique, he says, adding, "I'm very self-taught. I look at my early comics, and it's like, art school dropout for sure. Freelancing is illustration college. This freelance hog you're always being dragged behind brings you places you'd never go otherwise."

It also enables him to travel abroad, often with girlfriend Anna Haffner, a multimedia artist who's currently working with Arm-of-the-Sea Theatre. Even when he's at home, he's as likely to be someplace deep in the woods as hunched over his desk, though he may spend 10 hours or more on one densely detailed drawing.

Lytle describes his DIY Thorneater Comics as "single-page sequential art," favoring "ambient emotional narrative over anything action-oriented." In his pages, fish speak and snakes fly. They're more like storybooks for dreamy adults than traditional multi-panel comics or graphic novels. Text is minimal. "I'm happy when it's under eight words, and definitely happiest when I can pull it off with an 'Oh.'"

For someone who values terseness, Lytle is hyperarticulate, peppering his discourse with loud exclamations of "Dude!" His laughter is raucous and frequent. So it's a surprise when he calls himself prone to depression. In a bio for his recent window display at Catskill Art & Office Supply, he writes, "Early on art became my way of coping with a world that I often feared and distrusted. Imagination and creativity were my means of ritual protection. As I develop as an artist, I come ever closer to communicating with those fears and insecurities, and with maturity comes, maybe, a kindling of fear into a brighter wonder."

"He's the most original talent I've seen in years," says Clark Strand, who's collaborating with Lytle on a second book, Our Lady of Deep Collapse: The Rosary as a Guide Through Climate Change. Of Waking Up to the Dark, he says, "Basically, the book called for a shaman. That was what I got in Will Lytle."

Though he calls himself "a pretty devout atheist," Lytle acknowledges a freeform outdoor spirituality. "The Catskills in particular has that feeling of so many layers of creation, an energy that passes through you to get done," he says. "I'm a deep believer in the numinous. There are wizards, for sure. I'm trying really hard." 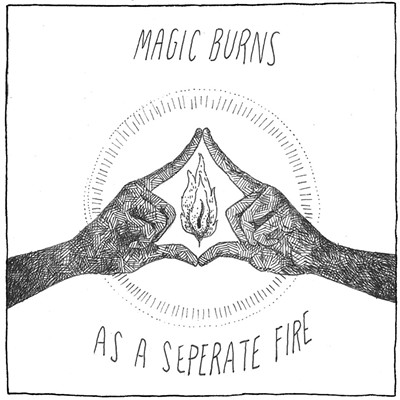 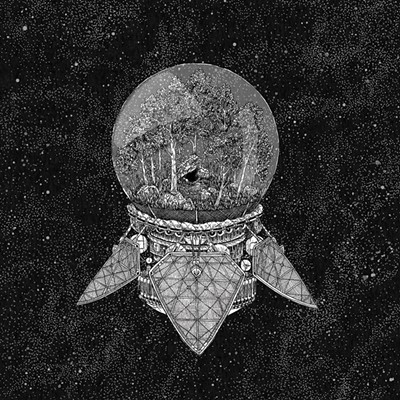 Catskill Magic
Click to View 6 slides
Illustrations by Will Lyttle