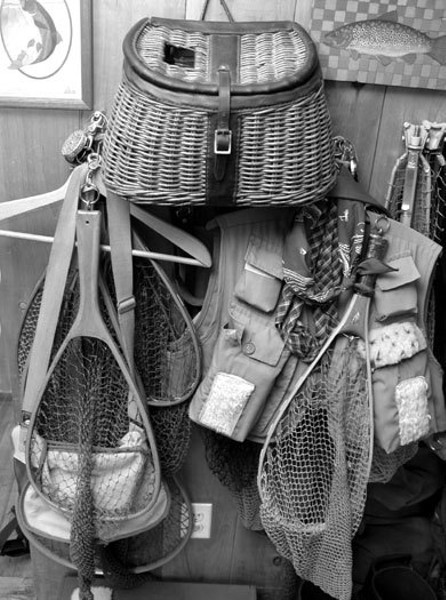 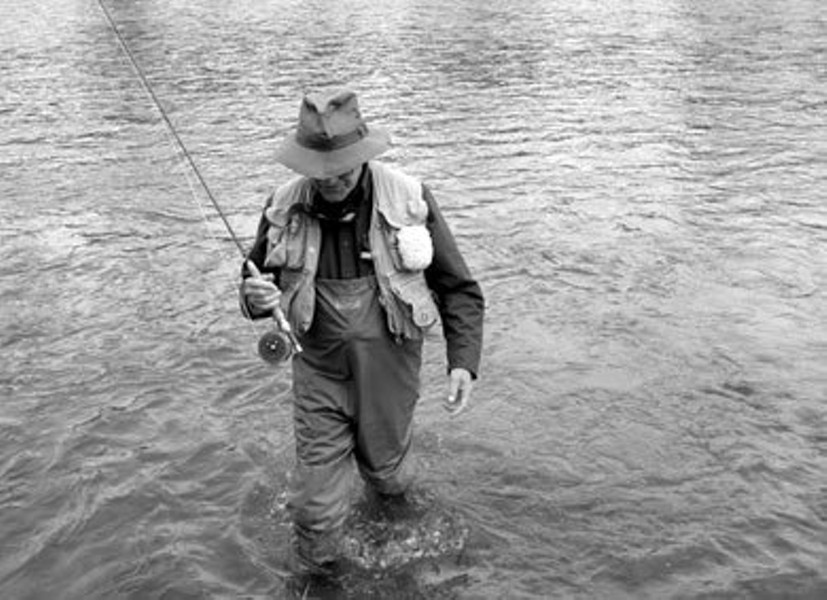 It's said that once you visit the Hudson Valley, you'll always return to stay. I never had a chance of living anywhere else; I was only six weeks old when my parents bundled my sister and me into the car and headed north for a fall weekend upstate. My parents' destination was the bank of the Esopus River, and the purpose (at least my father's) was fly fishing.

He'd certainly come to the right place. The Catskill's abundance of wide, mountain-born streams make it the perfect habitat for trout and the fishermen who've been heading here to tempt them with feather-wrapped hooks for over a hundred years.

Other anglers were quick to catch on to Gordon's ideas, and the word spread, and spread, and spread...By the end of the 1800s, the Catskills were a mecca for fly fishermen and fly fishing-related craftspeople, scientists, and writers. That period of intense, creative fomentation changed the sport enormously, and made the Catskills forever famous as the cradle of American fly fishing..

In the early days, the plentiful Eastern brook trout were anglers' primary target. But then overfishing took its toll, and so did the leather tanning industry's Hemlock harvests. Bare, eroding streamsides added silt and heat to the water, and brook trout, deprived of the chilly temperatures they needed, started dying off. Imported stocks of the more heat-tolerant European brown and Western rainbow trout came to the sport's rescue; these fish adapted well to the Catskills' waters, and have thrived here since.

It's rare to find a local fly fisherman or woman who doesn't wax poetic on the subject of fishing in the Catskills. Pure atmosphere is one obvious reason - towering blue mountains and abundant wildlife surround the wide, rippling, resonantly named trout streams: the Willowemac, the Neversink, the Beaverkill. But the legendary "Catskill mystique" is another.

Shokan fly fisherman Roger Menard has been supplicant to the mystique for fifty years. An avid fly fisherman and fly-tyer, he's also a writer with a recent memoir, My Side of the River, (Black Dome Press, 2002) that details his long love affair with both the sport and the Catskill region. He's fished all over the country and throughout the Canadian provinces, but he'll tell you that fly fishing in the Catskills is still number one on his list. He's not alone with this sentiment; fishing here isn't only enjoyable, it's a fly fisherman's must do, like a rock climber's pilgrimage to Yosemite, or a surfer's trek to Maui. Says Menard, "Back in the '60s, I used to fish quite a bit in the Beaverkill. And one time, I see a guy come along, and he catches a small trout. I asked him where he's from, and he says he's from Montana, and he'd wanted to come here to fish all of his life. And I say to him, you can catch six-pound brown trout out in Montana, and here you are with this little thing? But he's caressing it, and he says, 'It's a Beaverkill trout, and it's the Catskills. This is where it all began.'"

It may be a holdover of that turn-of-the-century brook trout crisis, but it's rare indeed to find a Catskill fly fisherman who doesn't have a greater-than-average environmental consciousness. Bert Darrow is one of the local fly fishing community's most outspoken conservationists. He's a Tillson-based fly fishing guide and instructor with 26 years of experience, and seems to be the media's current go-to man for the sport. He's taped TV fly fishing segments for Good Morning America, Fox, and PBS. (His high profile may have something to do with his former business partner, Karen Graham. A former Estee Lauder spokeswoman, she often poses for cosmetic ads geared out in chest waders, fly rod, and racing, waist-high water.) Darrow recently gave key testimony in a successful lawsuit brought by an aggregate of local fly fisher organizations against the City of New York. The complaint was faulty water management practices that led to fish-killing river siltation; the judgment was for $5.75 million.