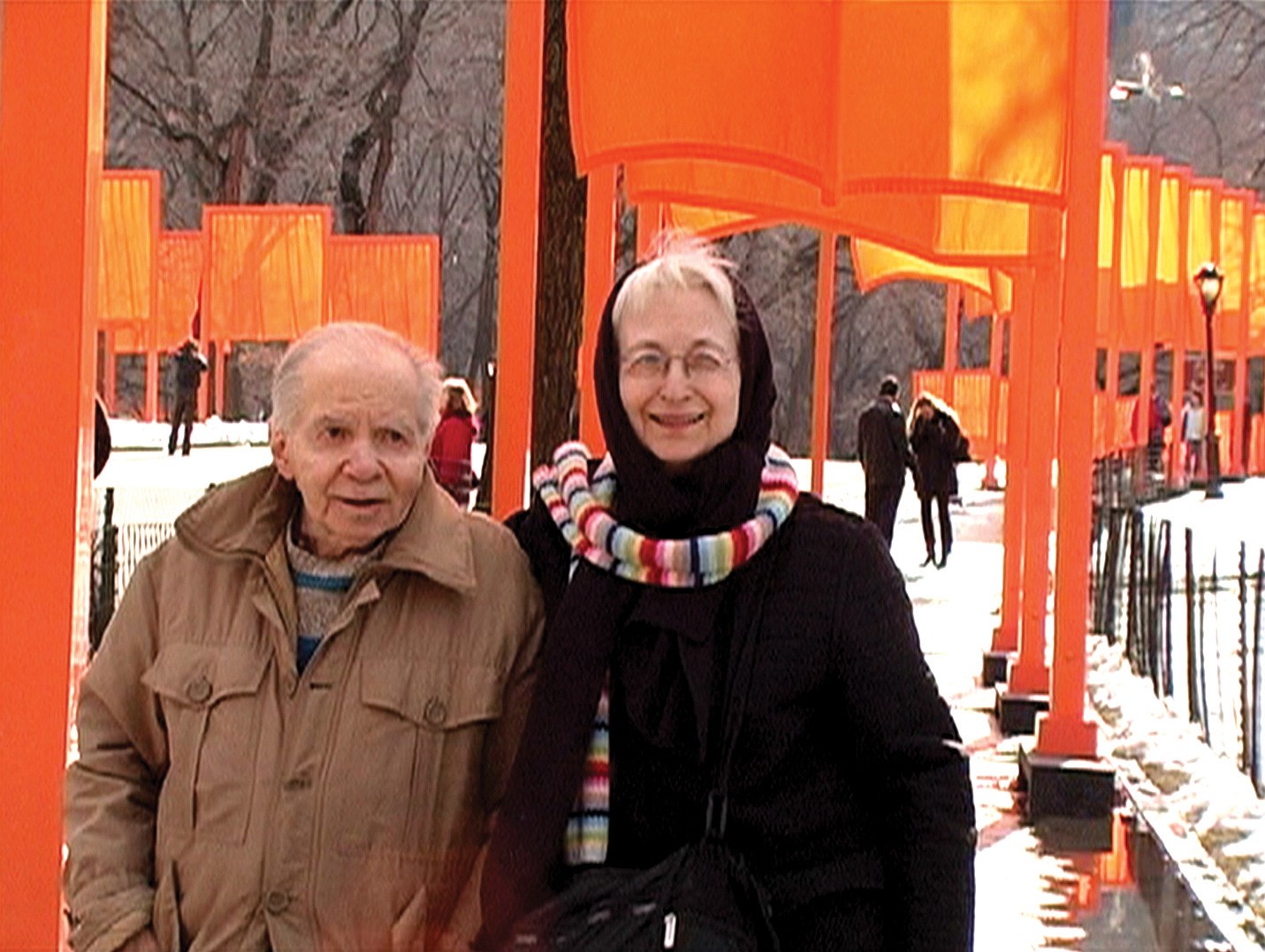 An ordinary working-class couple amasses an art collection worth millions of dollars. It’s the American dream—with a surprise ending. The documentary Herb and Dorothy will be shown at Dia:Beacon on March 12 as a benefit for 4th Wall Productions.

Herb and Dorothy Vogel met in 1959. At first, they were both artists, making abstract paintings. Slowly, they began collecting. Their initial acquisition was a small metal sculpture by John Chamberlain, fashioned from a crushed automobile. The Vogels made the transition from being artists to collecting art quite naturally. In fact, their collection may be seen as an artwork. Dorothy and Herb appreciated minimalism and conceptualism before many critics, let alone the public. Major artists recognized the Vogels’ importance, and would offer them special deals. Christo and his wife, for example, gave them a collage in return for three months of cat sitting.

Herb never finished high school, and worked for the post office. Dorothy was a librarian. They made this arrangement: to live on her salary and use all his paychecks for collecting art. They live in a rent controlled apartment in Manhattan, which they slowly filled with a mountain of artwork. Chuck Close remembers that each time he visited, their bed was higher, as they stuffed more art under it. In the film, Dorothy proudly displays the Sol LeWitt drawing she made on their bathroom wall, according to his conceptualist instructions: a welter of circular pencil marks. Among the paintings and drawings are tanks of turtles and tropical fish, and a cat named Archie.

The Vogels never sold any of their art—though they could have made a fortune doing so. Instead, they finally gave it to the National Gallery in Washington, DC, where Americans may see the collection for free. Herb and Dorothy’s life is one great political statement, which they make silently—that art should belong to all of humanity, not just a select elite.

The Vogels like happy paintings: simple, small works with bright colors. They never speak in art jargon, about the “textural integrity of the flat plane.” (Though Dorothy does seem to be a fountain of art world gossip. “Did you hear that the Museum of Modern Art is haunted?” she tells the painter Pat Steir. “A couple of the guards have seen the ghost.”) In fact, the neoconceptual art they enjoy relies less on intellect than on primal emotion, and intuition. Looking at a Richard Tuttle is a lot like looking at a turtle.

“This movie is a love story,” says David Majzlin, who composed the music for the film. “I do make some nods to minimalist composers, but for the most part it was about bringing out the relationship between Herb and Dorothy: their love for each other, and their love for art.” Majzlin lives in Beacon, and helped organize the benefit.

Proceeds from this film will go to 4th Wall Productions, a group that recently purchased the Beacon Theater, which had been shuttered since 1968. This is part of a $3 million campaign to “Re-light the Beacon,” and transform it into a performing arts center. The real Herb and Dorothy will attend the showing, with the director, Megumi Sasaki. Following the movie will be a panel discussion on “The Art of Collecting Art.”

On Sunday, March 13, a second benefit will feature Fresh, a documentary about the local, sustainable food movement, followed by a lunch catered by Fresh Company.