For the past three decades, David Halliday has been engaged in making photographic still lifes, infusing the genre with surrealism, intimacy, and a dynamism that is all his own. Black-and-white silver gelatin printmaking has been the standard for Halliday during most of his career, but with the emergence of digital technologies, color has found solid footing in his overall image-making.

While no stranger to eccentric compositions, in this body of work Halliday goes further, challenging the contiguous two-dimensionality of photography, splitting many of his works into two frames. His objects get up and off the horizontal plane, the stock still-life tabletop, and wander off to a new position, leaving the viewer to absorb the separate but related components and contemplate the mysterious in-between. The result is a space that courts the tension between the commonplace and the unexpected. 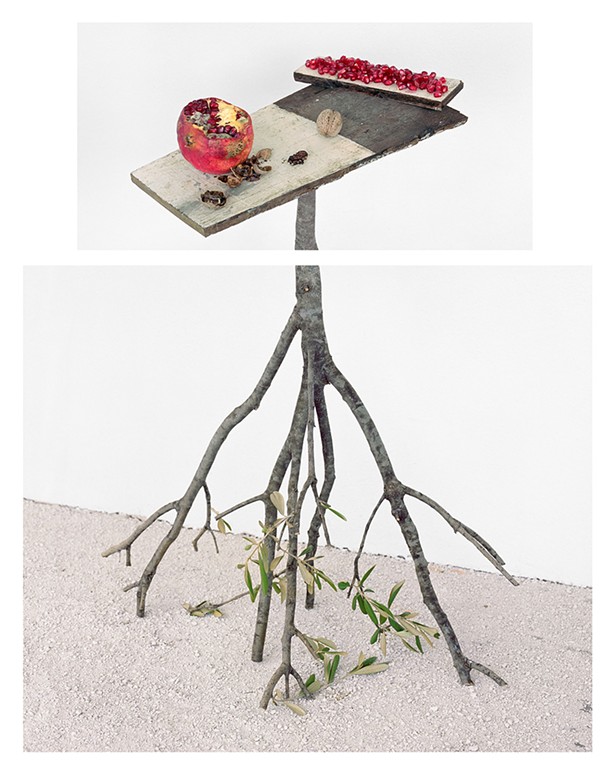 One of the first artists to exhibit at the Carrie Haddad Gallery when it opened in 1991, Halliday never ceases to intrigue viewers, as his subjects are transported from the mundane into a realm of fantastical beauty. His images range from striking in their simplicity to timelessly elegant to head-scratching. He now lives and works in Schodack Landing.