Smile When You Say That, Ma’am 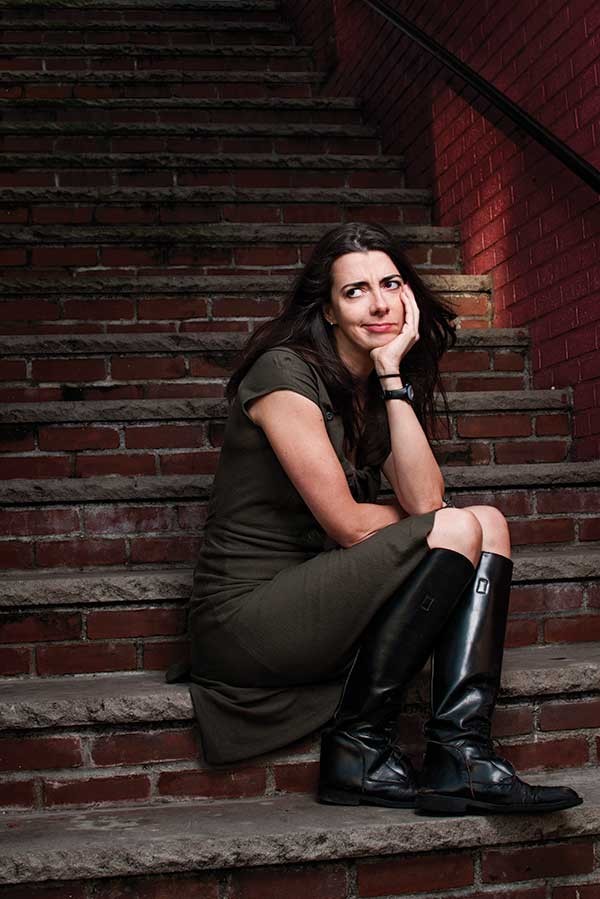 Stand-up comedy enthusiasts will tell you that the Mid-Hudson Valley can run a bit thin as far as options are concerned. In response, a couple local venues not heretofore known for presenting comedians are beginning to offer opportunities for a satisfying guffaw: The High Falls Café just kicked off their new Saturday-night comedy series, and Rosendale's Market Market hosts up-and-coming comedian Carmen Lynch on Saturday, March 9.

Lynch's journey to recognition is oddly reminiscent of Rosendale's tale of resurgence, actually: The path to actualization has helped shape the very appeal that fuels her brand of comedy. Throw in an engaging blend of affable self-reflection—and a touch of hip urban snark for good measure—and you've got the formula that makes the comedian's growing fan base glad they don't know her as "Dr. Lynch" instead. "I went to school for pre-med," Lynch reflects. "I always thought I'd be a doctor—I guess I kind of thought it was what I was supposed to be, that it would make my parents proud."

The repertoire that has garnered her a stint on NBC's "Last Comic Standing" and well-received recent feature on "The Late Show with David Letterman" is rooted in her own struggle for authenticity. Lynch's process took her from medicine to psychology ("definitely better for stand-up," she jokes), and to New York City to study acting; and, finally, to comedy. So now, after a decade of work behind the microphone, does her family support her decision? "My parents? Oh, they're fine, now, but it took years," says Lynch, laughing quietly. "What, comedian? That's a hobby, that's a fantasy. It's not real job!"

That lightly deprecating kind of self-analysis, delivered in a sardonic, devil-may-care monotone reminiscent of renowned names like Steven Wright and Louis C. K., has become Lynch's calling card. The outspoken persona she has discovered still carries the remnants of a quiet child, and it is that juxtaposition that makes Lynch accessible. "When I was younger, I lived in a shell, I wasn't outgoing," she explains. "Stand-up is something I became out of that—a voice inside, waiting to come out." The issues that once troubled Lynch now make up the liberating roots of her comedy. From being the tallest girl in class (Lynch towers over others at six feet) to coming of age in Virginia with a Spanish-speaking mother, what was once cause for discomfort is now a wellspring for material. "I was easily embarrassed, I guess," says Lynch. "When we were at the store, my mother would speak to me in Spanish, and I would hide behind the clothing racks." In fact, part of what makes Lynch unique is that she now performs in both English and Spanish. "Performing in Spanish was like starting comedy all over again," says Lynch. "I had no idea what the Spanish audiences would go for—comedy is different in countries like Spain and Costa Rica, where stand-up is evolving at a different pace. I loved the challenge of trying something so new. Also, I didn't get to try my jokes until I got to Spain—so the first time I did it was the night of the performance. But, you know, if they didn't like me, I knew I could fly back home."

Find out more about Carmen's journey at Carmenlynch.com, and reserve a seat for her local set on March 9: (845) 658-3164; MarketmarketCafé.com.