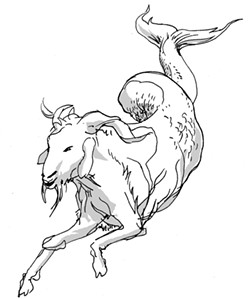 While life is emphasizing relationships, and offering you so much, it's possible that you're feeling isolated. That's not certain, but it's a potential that's necessary to address, and it seems to be related to wondering what impact you have on others. What I would propose is that the thing you want is for others to have an impact on you: to be moved by them. Pluto in your sign is strongly emphasized right now, as many planets are going by in the sign Cancer, making oppositions to it. You can be sure that you're having an influence on people: that they feel you, and want your attention. You can be sure that they notice you, even in those times when you feel invisible. The question is: Are you actually moved by them? Do you let yourself be moved? By moved, I mean movement in all its forms, whether physical, psychic, emotional, or metaphorical. And I mean moved in the direction of the other, in reality rather than in your head. Pluto in your sign is likely to be making you feel vulnerable, yet at the same time, not necessarily willing to express that openly. Work with your willingness. Offer the very thing you want the most. Give people a chance to trust you, by being trustworthy. Give them a chance to feel you, by feeling them.