Suppose such American enterprises were organized differently along the lines of the old cooperative model that existed throughout American history. In the cooperative model, the enterprise would be run by the people who work in it, not others. The average person would work Monday through Thursday at the particular task they have always done. Friday they would have meetings with the other workers to decide collectively and democratically where, what, and how to produce, and what to do with the profits.

If we would have organized business this way in the `70s you can be damned sure that the real wages of American workers would not have stopped rising. Workers running their own business, enjoying the rising productivity of the `70s, would not have taken advantage of the labor market conditions and undermined their own wage increases. They would have given themselves the rewards for rising productivity that they had gotten for the last 150 years. There would be no executives deciding to give themselves hefty bonuses, and production would not have moved abroad. The whole history of the American economy would have been radically different. Instead, we’ve always left in place the existing organization of production, as if it were God-given, or necessitated by technology, or unmovable and unchangeable. We’ve never questioned the system. To do so has been taboo, like sex or religion.

Because it challenges the assumption that the boards of directors—I advise boards of directors so I really do know what I am talking about—have some special competence, background, special genius that they somehow deserve to have all the power that the mass of workers is denied. This is especially peculiar here in the US where we make at least a verbal commitment to democracy—the idea that we should not have decisions made about us that we don’t have some participation in making. We don’t want our political leaders to make decisions that we can’t vote about, but we are willing to work in a company where the decisions are made by people whose names we don’t even know, and over whom we exercise absolutely no control. The people who run our society are very worried about this becoming something that’s publicly debated so it is kept off the agenda.

Some might label this communism or socialism—frames that invoke specters of repression, gulags, worker exploitation, and huge disparities between the elite and the rest. Much the same way liberals and conservatives cling to their outdated “debate” frames, I don’t see the frames of communism and socialism being shaken off anytime soon—the specter of the “evils” of socialism is being raised right now.

I agree. I used the terms cooperative and cooperation, and spoke of a democratic workplace or enterprise. What I am talking about was never realized, neither in Russia nor in China, where the organization of production was never questioned or changed. All they did was get rid of the private boards of directors and send in a group of government officials who performed the same functions and contributed to the failure of those societies that was as bad or worse than the failure we are experiencing here. They created a large language about a worker’s society but didn’t actually enact it.

When people ask, “Aren’t you advocating socialism or communism?” I launch into the explanation I just gave. These days talk of socialism is falling on deaf ears. The right wing claims that Obama is a socialist have really backfired. People scoff at these claims. With young people it is having the opposite effect. Since they like Obama they have begun to ask, “So what’s wrong with socialism?” They don’t have a clue but their basic instinct says, “ I like Obama. If those nasty old folks are calling him a socialist, I’m going to check it out.” 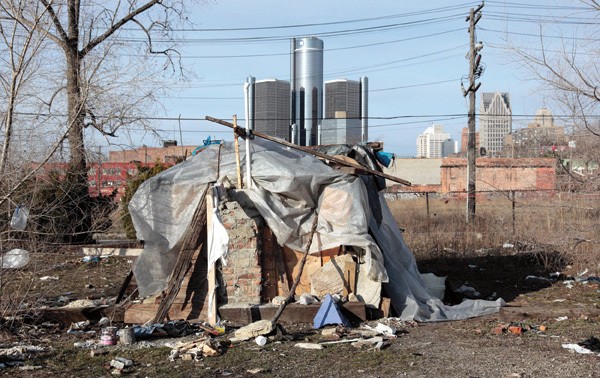