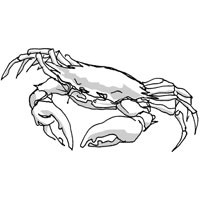 The stakes do seem to be going up, don’t they? You have more ideas, more to do, and on a regular basis more is expected of you. But you can be thankful of one thing: You’re doing a fine job of bashing through the glass ceiling. What’s even more interesting is that you’re doing it against some considerable odds, and in your own way. I suggests at this relatively early juncture that you not put too much energy into fighting the battles of yesteryear, yesterdecade, or yestercentury. In fact, I suggest you get out of the business of battles entirely. Your real stock in trade is innovation. People are not only more open to new ideas than before, most are entirely confused and looking for anything with a vague shred of meaning, and you have a lot more than that going for you. While you’re likely to be as ambitious and energized about accomplishing real things as you’ve ever been (probably a lot more than ever), you’ve got the gift of insight right now, and faith in yourself. That’s the real source of your energy. It’s as if something, some source or flow, is coming in from another dimension and you can tap into it. The thing that can trip you up is your mind, and you have to practice a mix of multitasking and overfocus. There should be a word for it, and someone—maybe you—can teach workshops. But don’t be too clever. If you’ve got to outsmart anyone, it’s yourself.