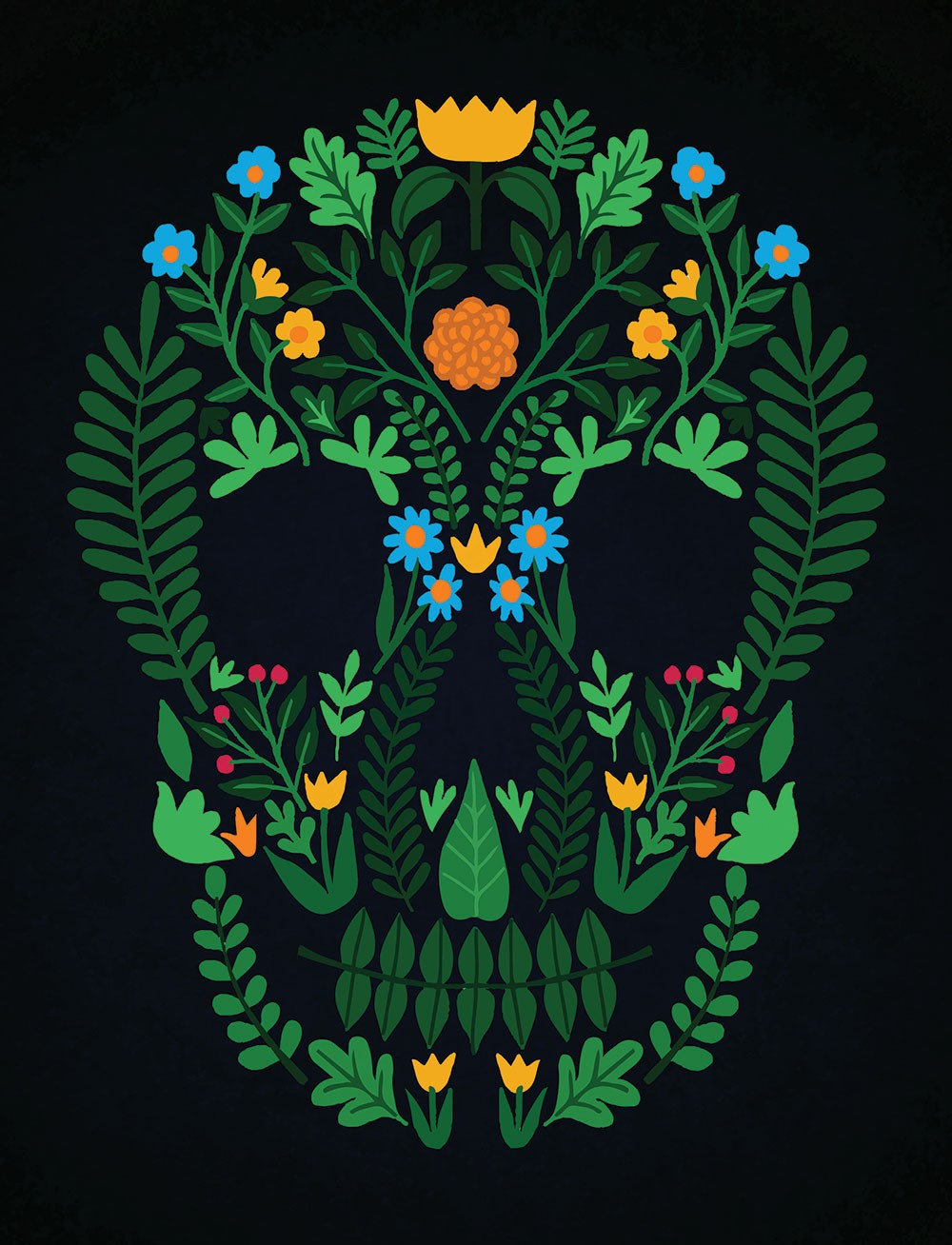 In the young hardwood forest that is the Natural Burial Ground in Rhinebeck, Warren Reiss lies buried next to a tree with a hanging vine. Nothing like a conventional cemetery with its manicured plots, Reiss's final resting place is more like Bambi's woods, spiked with ferns and carpeted with moss, the stuff of verdant fairytale. Shortly before his death last May from lung cancer at 61, Reiss chose this last pit stop for himself—and his family carried out his wishes, selecting a spot in the back corner near a beautiful tree, "so my dad, always the life of the party, could look out over everyone," says his daughter Taylor Reiss Gouge. It was a drizzly, cool spring day when his close family and friends lowered him into the ground on a simple wood plank, his body wrapped in muslin and a tattered wool Hudson Bay blanket that had warmed him most of his life. About 50 people gathered in a circle under the trees for an intimate ceremony with music and poetry, laying flowers, stones, and other natural objects into the grave, and placing small candles in a basket of soil at the foot of the site. "The basket ended up catching on fire, which was strangely appropriate since my dad really loved campfires," says Gouge. "He ended up getting one at his grave."

Just five years ago, an organic, free-range burial like this one would not have been possible in the Hudson Valley; the Natural Burial Ground in Rhinebeck, and many other green cemeteries that have sprouted up since, did not yet exist. But the standard American entombment with a treated-wood casket, concrete or asphalt vault, and chemical embalming would hardly have suited Reiss, an environmental lawyer and avid outdoorsman who felt most at home in nature. (Reiss was the general counsel for Scenic Hudson and worked on conservation projects ranging from the Hudson River PCB cleanup to the creation of Poet's Walk Park in Red Hook.) Even cremation, which saves land and is considered the second-most environmentally sound way to dispose of the dead, emits particulates of mercury and carbon dioxide into the atmosphere, spewing out some 600 million pounds of CO2 annually in the US alone. Rhinebeck's Natural Burial Ground came into being in 2014, dovetailing with a growing movement toward "green death"—sustainable solutions that not only reduce our final footprint on this earth but also affirm our connection to nature and our place as living creatures in the cycle of life.

"Green burial, with its focus on conservation, preservation, and restoration of land, is new. These dust-to-dust practices are old," says Suzanne Kelly, the Rhinebeck-based author of Greening Death: Reclaiming Burial Practices and Restoring Our Tie to the Earth (Rowman & Littlefield, 2015) and the chair of Rhinebeck's Natural Burial Ground committee. "Over 150 years ago, this was the way that the majority of our dead were interred." Kelly explains that chemical embalming came into mainstream use during the Civil War, when the bodies of soldiers needed to make their way home before decomposition set in. In the late 1800s, the rise of the sanitation movement literally pushed our cemeteries to the edges of town, as the dead body was seen as a locus of contamination. Yet the raw material of our human form— nitrogen, phosphorous, and calcium—is the very stuff that enriches our soil. There is nothing dirty or polluting about natural burial, except for the good, clean dirt that results from it months later in an act of transformation that is as old as time.

"The development of the funeral industry is the very thing that has enabled us to become as distanced as we are from the process of death care. We've handed our dead over essentially to professionals," says Kelly. Even in Jewish and Muslim funeral practices that hold to natural burial rites, the American way of death still asserts itself through a mandate to use caskets and vaults. "At a conventional burial, typically what happens is you arrive at the cemetery and there's faux draped grass around the hole. You don't see inside the hole at all. There's a lowering device that's set over the hole, and the casket is already there, too, when you arrive because the funeral director has brought it there. You don't see inside the hole at all. It's almost as if you're supposed to forget that the body is really going into the ground."