When the 2012 Farm Bill (which should really be called the Food Bill) died in the Republican-controlled House of Representatives last year, so did any hope for meaningful reform to the many programs it covers. The best that Congress could do was to extend the 2008 bill through October of this year. While it is easy to despair that nothing will ever get done at the national level, there is more cause for optimism regionally. We live in a region with extraordinary agricultural riches, and there are some talented people working hard to leverage those assets into a viable long-term economic force.

Glynwood is a nonprofit dedicated to promoting sustainable agriculture in the Hudson Valley. Founded 17 years ago on 225 rolling acres in Putnam County, it is an innovative and resourceful force for change as well as a working livestock and vegetable farm with a CSA and retail meat sales. The Perkins family, which first bought the land in 1929, funded an endowment that provides about one third of Glynwood's $3 million annual budget. The endowment funds are earmarked for property maintenance and farming; all other programs must be paid for with funds raised from organizations and individuals. Members of the Perkins family are still on the board, and actively involved with funding and steering the organization. Most of the original Perkins property is now Fahnestock State Park, and the Glynwood campus is owned by the Open Space Institute, which works actively throughout the Eastern US to purchase and protect land from development. 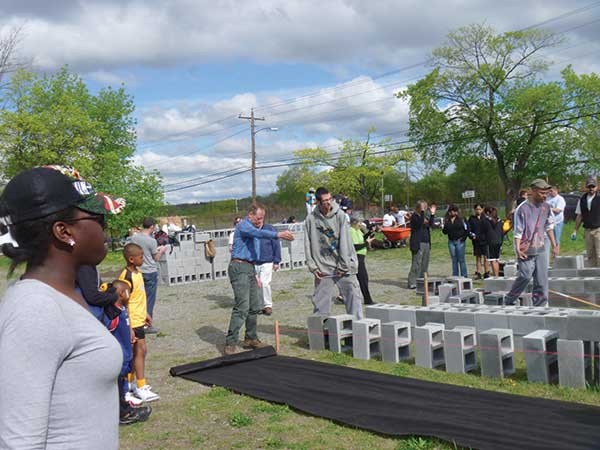 Last summer, Glynwood hired Kathleen Frith as President. Previously the managing director of the Center for Health and the Global Environment at the Harvard Medical School, Frith brings a passion for sustainable local agriculture informed by her years of experience addressing our complex relationship with the planet on land and sea. She speaks enthusiastically about her new job. "Glynwood is uniquely positioned to help build a regional food system. We believe in an agriculture-based economy in the Hudson Valley, and there's a lot of work to do to make those efforts viable." In addition to expanding existing programs and launching new ones, she is also hiring five new employees—including communications and events directors—to form a more cohesive group that works together full time rather than using consultants as in the past.

Frith intends to build on that focused collaborative environment by making Glynwood available to other organizations to hold meetings and retreats, citing the Aspen Institute as a model. "We'll have convenings and lectures, produce white papers, and foster conversation on a wide variety of subjects," she explains, "and we'll be hosting many more public events. We're part of a large movement, but we're working locally, so it's important for people to know what we do." Frith and four other senior staff live at Glynwood. Besides the numerous farm buildings, the campus is dotted with houses, including a large main house for guests and meetings, and another for the offices. The overall impression of the place is a balance between rugged and refined: steep, rocky land and well-kept buildings. The dramatic topography makes for constantly shifting views, and the interior spaces are large and comfortable.

The Farm
Ken Kleinpeter is vice president of operations, meaning he manages the farm. The CSA has about 120 members, and during the weekly pickups the farm also sells meat and other local products to members and the general public. With seven acres of vegetables, the flat land is mostly used up, so his main focus is on the animals: cows, sheep, goats, chickens, and pigs. Glynwood practices rotational grazing, where different animals move through the pastures in sequence to eat all the various plants and bugs and enrich the soil with their different manure. Goats can graze on marginal land, relishing tough shrubs that other ruminants avoid. Because of this, Glynwood is formulating strategies to promote the raising and consumption of goats in the region, much of which is too steep and rocky for crops. "Goats love multiflora roses [thorny, invasive brambles that cover much of our region] and will stand in clover to eat them, while the sheep and cows don't like them much." A few years of grazing goats on brushy land can turn it into pasture suited for other animals, and they provide excellent milk and meat. Look for goats to become a thing in the near future. Kleinpeter believes that meat farming is absolutely sustainable, given the right method: "People talk about how it takes seven pounds of grain to produce one pound of beef, but our cows don't see a bit of grain in their whole lives. And this land can't grow anything else, so it's better to raise animals on it and keep it in use."