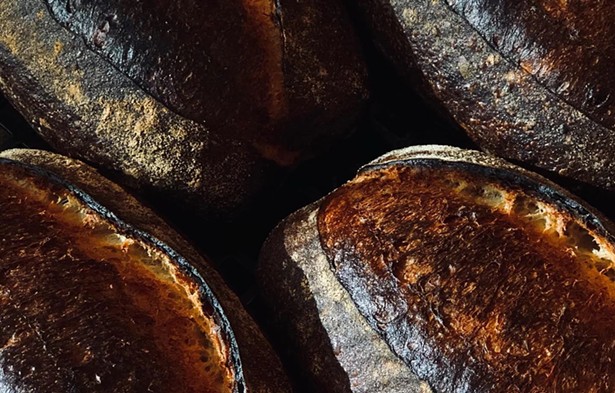 When we reported on famed portrait photographer Norman Jean Roy’s Hudson bakery Breadfolks in November 2020, it had only been open a few months and was already drawing bread pilgrims from the whole Eastern seaboard. In the nearly two years since, the bakery estimates it has served over 200,000 customers and made over 400,000 breads and pastries. Friday through Sunday, the bakery’s line snaked out the door and around the block.


So with all the media attention, awards, and cultish fan base that would be any entrepreneur's dream, it came as a shock when Breadfolks announced on August 29, via Instagram, that it would be closing its doors. The team wrote, “Initially, we set very specific objectives, not the least of which being our ‘proof of concept.’ We reached these milestones much sooner than anticipated and as such, have decided that today is the day to close our retail location and focus all our energy on Breadfolks’ next chapter.”


Perhaps it should not be such a surprise, for if there are two qualities that define Roy it is an hawkeyed determination and reinvention. After his father passed away, Roy walked away from a wildly successful career as a photographer to the world’s rich and famous to move to Columbia County with his wife, Joanna Jean Roy, in 2014. After playing around with sourdough at home, he attended a summer course at the renowned San Francisco Baking Institute to learn the art and science of breadmaking. When he returned home, he opened Breadfolks amid the pandemic. The loaves and pastries were things of beauty—​​perfectly golden baguettes and fougasse, Danish rugbrød, ciabatta, focaccia, rugala, turnovers, caneles, and croissants. The praise was not unfounded.


When we reached out to Roy via email hoping for insight on the next steps for him and the Breadfolks brand, he responded saying, “We closed our retail this week since we concluded phase one of this project (we needed two years of data). We’ll continue and expand our wholesale operations while we focus on rolling out phase two and writing our first book.”


He goes on to describe the Hudson location as “the incubator phase for the bigger rollout,” which has us dreaming about a Breadfolks empire with perfectly crisp artisanal breads and buttery flakey croissants available in outposts in every small town in America. Probably too much to hope for, but whatever he’s got in the works, it sounds big—and tasty.

Breadfolks Brings Organic Artisanal Loaves and Single-Origin Coffee to Hudson
From Portraits to Pastries, Photographer-Turned-Baker Norman Jean Roy Achieves Excellence
After a long, illustrious career shooting everyone from Joni Mitchell to Serena Williams to Adam Driver for every publication from Vogue to Vanity Fair to Harper’s Bazaar and GQ, in 2014, portrait photographer Norman Jean Roy hung up his camera bag and moved upstate to Columbia County with his wife Joanna Jean Roy. He's traded lenses for leaven as he vies to be upstate's most notable baker at Breadfolks, which he launched in Hudson in August.
By Marie Doyon
General Food & Drink