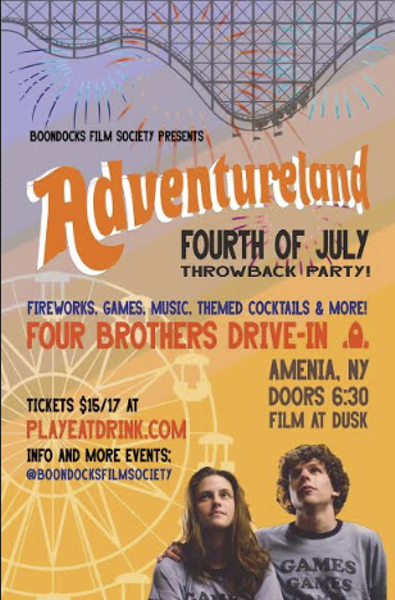 Boondocks Film Society is teaming with Four Brothers Drive-In to celebrate the Fourth of July and the underrated 2009 film ADVENTURELAND with fireworks, themed craft cocktails, local beer and cider, live surf/garage rock by The Wild Weeeds. carnival food, games and a smart, funny coming-of-age film set in a 1980s amusement park. For one night only, the drive-in will stand in for Adventureland!