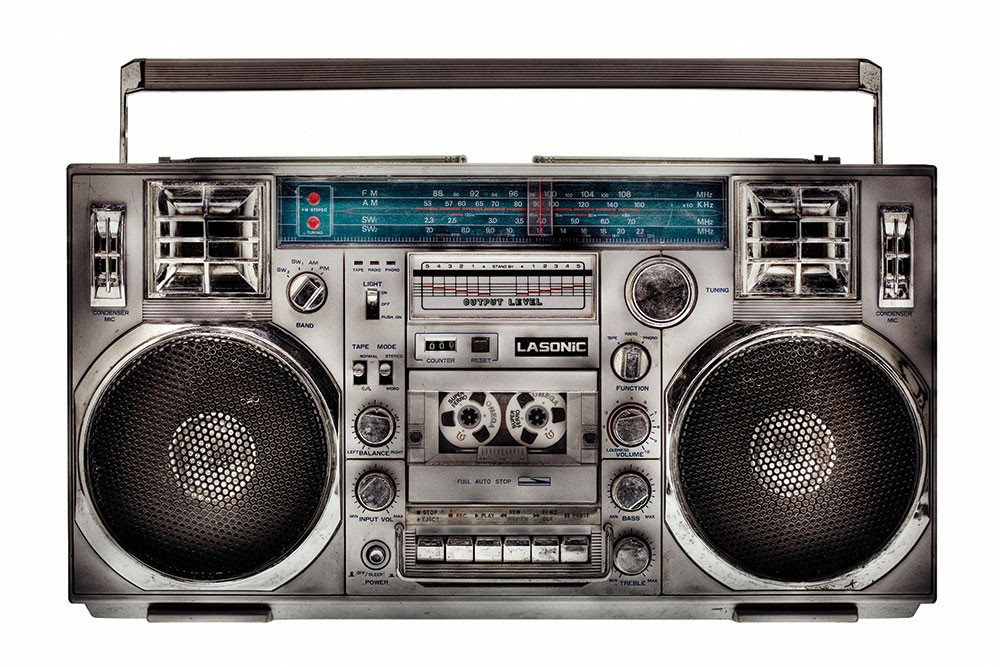 "The Boombox Project" began as a collection of large-scale radios Owerko found in garage sales around America, typically at low prices. (Since then, they've become quite collectible, trading for big bucks on eBay.) When his girlfriend complained about the boomboxes gathering dust in his Tribeca loft, Owerko decided to put them away, but first take a few photos.

After taking a number of pictures, the photographer discovered that there was no book devoted to the "ghetto blaster." This led to The Boombox Project: The Machines, the Music, and the Urban Underground, published by Abrams in 2010. His editor told Owerko that Abrams would keep the book in print at least 10 years, and so far its momentum is still growing.

Owerko has a minimalist aesthetic. All the pictures in the show are straight-on photographs of boomboxes: no people and no backgrounds, just the machinery itself. "One thing I say always to the people I work with is: 'I'm not pursuing perfection, but I'm pursuing precision,'" Owerko explains. Examining his loving images of massive radios I felt I was seeing them for the first time, in their proud metallic dignity. Some have so many buttons underneath the twin cassette players, you'd think it was a piano keyboard!

Music and photography are opposite artforms: One is silent, the other invisible. Yet the look of a boombox suggests its sound. The speakers, cassette decks, buttons, and dials convey menacing power—a transistor radio design by Darth Vader. The "boom" is visual as well as audible. As the portable radio evolved, the engineering became more baroque, the buttons and switches multiplying, in some cases accompanied by flashing lights.

The appeal of boomboxes is largely generational. Men and women over 50 usually see them as nuisances; those under 25 have never heard of them. The generation in between reveres them. As a teenager in the 1980s, Owerko remembers: "I was attracted to the boombox the same way some kids are attracted to the guitar; there's something in that object that allows you to express yourself."

I had forgotten that these huge radios were also production centers. Adam Yauch of the Beastie Boys reminisced to Owerko about his early "pause-tapes." Using the pause button on a twin-cassette boombox, a skilled amateur DJ could "sample" a song, transforming it into an extended dance tape. Mobile cassette players were the means by which hip-hop was disseminated through the world, before radio stations would play the music. And not just rap! Many peripheral forms of pop—punk, ska, reggae, speed metal—were spread by the boombox, and by the cassette-trading cultures it spawned.

Owerko first achieved recognition for a photo taken on September 11, 2001: a classic image of both towers of the World Trade Center billowing smoke and flame. It appeared on the cover of Time magazine three days later. Since then, Owerko has traveled extensively, shooting both commercial and artistic work. When I spoke to Owerko, he'd just returned from Outer Mongolia, photographing "eagle hunters," traditional hunters who train eagles to assist them—a tradition that goes back 4,000 years.

"The Boombox Project" will be exhibited at the Hudson Opera House November 19 to December 23. An opening reception and book signing will take place 5 to 7pm on November 19. (518) 822-1438; Hudsonoperahouse.org. 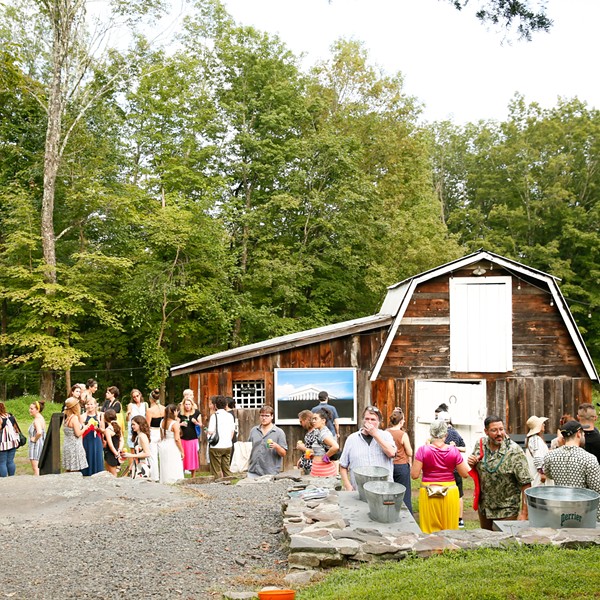