Book Review: To the Manor Dead

A year before we make her acquaintance, Janet Petrocelli has moved to the seemingly placid Hudson Valley town of Sawyersville to reinvent herself in the wake of a bad marriage and too-busy psychotherapy practice, wanting escape from “the whole goddamn jingle-jangle, global-frying, info-wired mishigas of twenty-first century life.” A collector of odds and ends, she has opened an unpretentious antiques/junk shop, adopted a few pets, and reluctantly made a few friends.

It’s a low-key life, by design. But as so often happens, Life has other plans, heralded by the arrival on Janet’s doorstep of the dissipated yet charming elderly black-sheep daughter of a venerable Dutchess County clan. Daphne Livingston wants to sell some antiques from the family manse, and Janet agrees to go take a look—only to find Daphne dangling by the neck in a decrepit gazebo on her family’s once-grand estate.
The roller coaster takes off from there and doesn’t slow down. Like it or not, Janet is the kind of person others confide in; the things she’s hearing draw her reluctantly into the web of some extremely dirty doings. Might the apparent suicide have anything to do with the smooth tiger shark of a developer who’s attempting to turn Sawyerville’s riverfront into a monument to his outsized ego? Might the local sheriff be a little too eager to turn a blind eye to the misfortunes of a rebellious old crazy lady? Perhaps.

The plot plays out tight and plausible, with some nifty twists. Janet is warm, flawed, grouchy, and hilarious, with a quirky circle of utterly believable friends. The Hudson Valley world they inhabit is so utterly dead-on real that locals will feel they’ve driven that road, glimpsed that mansion through the trees, and might run into these very people downtown this afternoon (possibly in Saugerties, where Stuart has been a part-timer for decades). In scene after scene—from the developer’s presentation at the town board meeting to the gossipy local eatery, from the hilltop McMansion to the dope runner’s shack by the riverside—his eye and ear are pitch perfect, and the indefinable something that makes this area so special has never been more accurately captured. Nor has the endemic corruption that hangs over it like a miasma, the accumulated gaseous emissions of generations of players who think they’re All That. As vividly as John D. MacDonald captured Florida in Travis McGee’s adventures, Stuart immortalizes our dear, messy valley.

Nobody who enjoys a good comic mystery will be able to put this book down. It’s fast and fun and laced with vivid human nature in all its contradictions and moral ambiguity. Stuart’s gift for character and dialogue is such that a few choice words can bring forth truth so vivid it hurts, or genuine out-loud laughter. Janet’s dilemma—the empathy that pulls her into the lives of other folks, the exhausted cynicism that pushes her toward isolation—blends with the scars of her sketchy childhood and nasty marriage to create a bold, insightful amateur detective. Hopefully, Stuart will find more trouble for her to get into soon. I want to know if the magnetism she’s feeling with the gorgeous Newburgh-born state trooper lady will start interfering with her feelings for her party-hearty paramour, and what will happen to the abused teenager she rescued despite herself. I look forward to more time hangin’ with the Sawyersville crew, and it almost feels as though I could drive over the mountain and find them at the luncheonette. 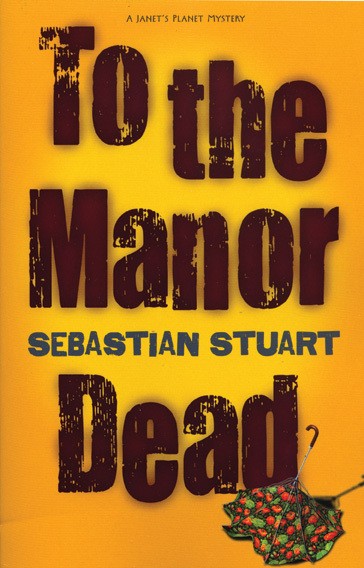