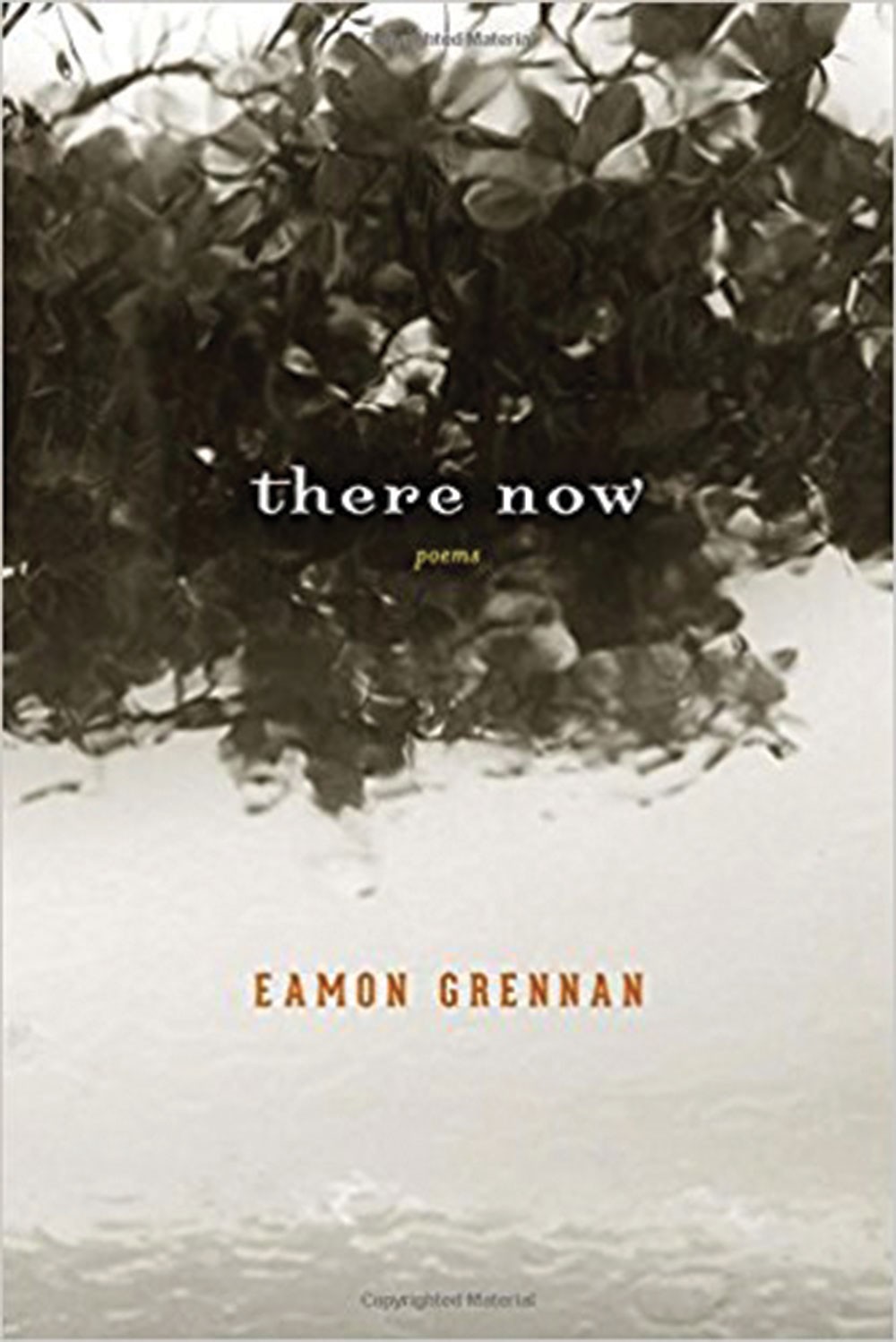 There now—words calmly spoken by a parent after washing a child's scraped knee and applying a Band-Aid. The words bring the reassurance that everything's going to be all right. In naming his 11th volume, Eamon Grennan makes the same comforting gesture to his readers, to "settle ills and calm fevers" with poetry.

The poems in There Now are hermetic meditations on the light-giving forces of nature and art—so often camouflaged or ignored by the noisy distractions of the "perpetually unsettling here and now."

Whether he's in the Hudson Valley (Grennan lives in Poughkeepsie, where he taught for many years at Vassar College) or in Connemara, where he keeps a second home in the west country of his native Ireland, Grennan asks us to pause and listen to "the small sky-high cry of one nightbird over lake-glimmer [breaking] the silence with its little lamenting whistle-cry." For Grennan, the little, lamenting cry represents the greater, liminal world, the restorative, nurturing world, which brings renewal and "fresh blood."

Though Grennan's meditations are hermetic, they're expressed with a vigor associated with the energy released in Gerard Manley Hopkins's sprung rhythm. Another poet Grennan admires for his desire to make the language of poetry more reflective of natural speech is William Carlos Williams. Of course, the poetry of Hopkins and Williams couldn't be further apart, and while Williams may have had a profound influence on Grennan's world view and choice of subject matter, it's the music of Hopkins that predominates there now.

At one point, after Grennan had been in the United States for a while, he returned to Ireland for an extended period to immerse himself in the language of his homeland. The stay was immensely successful, as Grennan drew from Irish soil the clay from which he would mold his unique poetic voice—one driven with energetic lyricism. For this resident alien who lives in two worlds, the voice he has chosen is a musical Celtic voice, as in these lines from "Silence."

Nothing to say standing heartsick at the gaping

light-broached mouth of the stone shed

where last night the black-as-midnight mink

sucked the life out of all your neighbour's

yellow-eyed hens and out of the four white

green-smeared eggs in the nest in which

new life had begun to pulse—

One can't read lines like these without thinking of another powerful Celtic voice, that of Dylan Thomas: "The force that through the green fuse drives the flower / Drives my green age; that blasts the roots of trees / Is my destroyer."

In addition to the vitality of his music, Grennan's poems are also marked with his preoccupation with the sentence as a poetic unit. Each of the 62 poems in There Now is composed of a single sentence. As Grennan has said: "I have, it's a toothache quality, a kind of pain—the ambition to make a sentence that is full, that has not gone limp, hasn't stopped while it still has some elasticity in it."

The kinetic drive of the lyric—the winding, voluptuous sentences—the flora and fauna on the Eastern and Western coasts of the Atlantic—the paintings and sculptures of Giacometti, Serra, Cézanne, Bonnard, and Gauguin—and the birds (red tails, oystercatchers, juncos, wrens, sparrows, cardinals, and chickadees that embody Grennan's ideal creation)—are just a few of the joys that make There Now an assuaging balm.