Book Review: The Stranger In The Attic 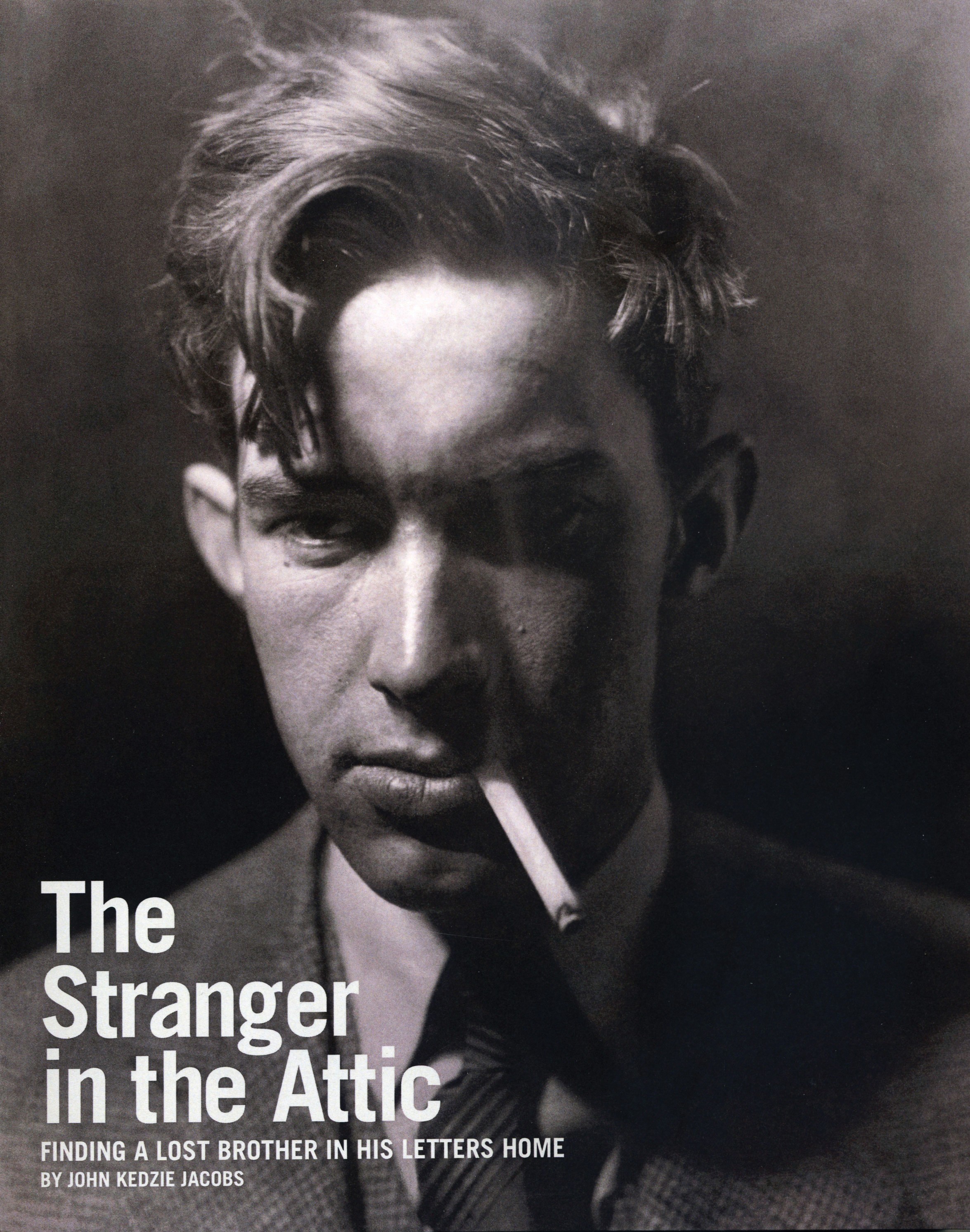 When John Kedzie Jacobs, 95, discovered a forgotten trove of family letters in his Gardiner farmhouse attic, he was shocked. Turns out he didn't know his closest relatives as well as he'd thought, particularly his charismatic, long-deceased artist brother Edward, aka "Deyo," killed in 1938, aged 24, in the Spanish Civil War. "[We] knew each other," Jacobs writes of his elder sibling, "the way Croatians and their next door neighbors, the Serbs, know each other."

Four years younger than Deyo, John remembered crucial facts: The mischievous Deyo had toiled alongside him on the family apple farm, later lighting out for Depression/New Deal-era Manhattan, where he studied alongside Jackson Pollock at the Art Students League, worked on WPA mural projects, rode the rails, and grew ever more into a "Quaker Communist." Impulsive to the end, Deyo traveled to Spain to fight fascism, joining the doomed, all-volunteer Lincoln Brigade. Only 100 of the 500 volunteers made it home; Deyo was not among them. In the long shadow of the family's grief, parents Edward Sr. and Bertha allowed Deyo's image to darken, and John Jacobs' recollections of his wayward older brother drifted into ever-deepening obscurity.

Until now. Deyo's luminous correspondence with parents and peers, some 200 missives in all, miraculously survived his itinerant lifestyle and years packed away. Why the Jacobs parents chose not to share their eldest son's dispatches is a mystery, especially as the letters often read like literature, with vivid scenes both rural and urban; unforgettable characters struggle for artistic expression during a seismic time in American culture, as elders watch from afar, bursting with pride and worry.

The Stranger in the Attic isn't just Deyo's letters, however. John Jacobs, retired from the US Information Agency, spent a decade assembling the writings and juxtaposing them alongside his own memories, illustrating the text with Deyo's artwork and archival photos. In taut prose, Jacobs details the process of communing with his brother's true character from beyond the grave, articulating the journey with grace and wonder. He reads the letters in the very farmhouse in which the Jacobs family lived, loved, and struggled to eke out a living during the Depression. Jacobs' chronicle of astonishment, joy, and unsentimental grief is deeply moving.

Ironically, Bertha, a fretful, compulsive critic, is likely responsible for the cache, as she threatened to cut off Deyo's meager funds unless he wrote home with detailed accounts of expenses and experiences alike. While the letters begin as lists, they soon broaden into fascinating essays on art: "I have a feeling about composition," Deyo writes his father, "that it should be like mercy, not strained." Deyo knew he was in the thick of a cultural moment. In one letter, he watches as the Rockefellers dismiss Diego Rivera from the infamous Radio City mural commission: "He looked like a figure out of mythology." Edward Sr. offers more encouragement than Bertha: "I like to think of you in your interesting world," he writes. The distinctive good cop / bad cop parental dynamic shines through.

The Stranger in the Attic, thus, is a story within a story; Jacobs facilitates Deyo's self-portrait, a timeless tale of a man searching, with great exuberance, for his individual artistic voice, aware of the world shifting around him and eager to please and impress parents who clearly loved him. At the same time, John Jacobs reevaluates his blood kin, seeing them through refreshed, often teary eyes, warming to them decades later. The power of the written word is rarely more apparent or inspiring.

Books & Authors John Kedzie Jacobs The Stranger in the Attic