Book Review: The Fat Artist and Other Stories 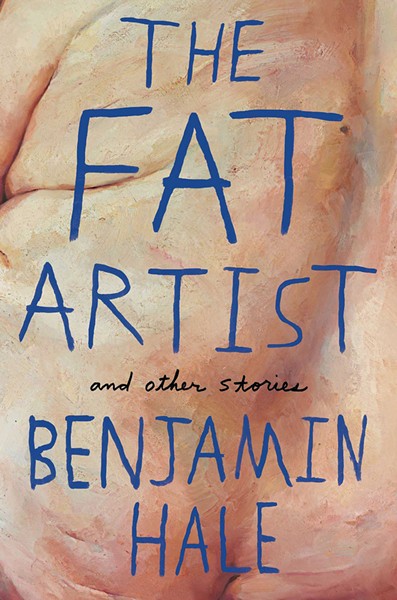 Benjamin Hale is a ruthless, gifted storyteller. The seven tales in The Fat Artist may not be for the squeamish, but they're delicious reads. You might call his characters troubled: These are people who tend to wreak havoc, but given their lives, you can't hardly blame them. Not too many softhearted or thriving folk dwell in these pages. Instead, they're sad, puzzled, disturbed, and often tormented by some internal quandary that leads to violence—which leads back to the very state of mind they were trying to escape. But Hale takes such palpable delight in his craft and, at times, his prose has such as silkiness, that reading him feels like settling in for a really great horror movie. You know something dreadful is coming, but you can't help watching it unfold.

Hale teaches at Bard College and is a senior editor at the esteemed literary journal Conjunctions—worth mentioning because Hale comes by his substantial trickster skill honestly: He works hard. His terrific yarn moderne, "Venus at Her Mirror," starts with a winning first line: "The Representative was dead." Give that one as a prompt in a writing class, say, and you might get some fascinating offshoots. In Hale's case, it's death as practical if perverse dilemma: The person first privy to this morbid fact is Mistress Delilah, the Representative's former personal dominatrix, otherwise known as a self-aware, morally fluid but conflicted woman named Rebecca Spiegel.

Hale writes, "The years had puffed him out and he was not really her client anymore, but her friend, confidant, sometime benefactor, the most complicated lover she'd ever had." Considering that he's now died in her company in an apartment in a Washington, DC, highrise, complicated is an understatement. Thus begins a glorious flashback of unsparingly fleshy, flaccid details, which spurs the decision to write a To-Do List. Naturally.

"Venus" contains hilarious writing, where the mounting pressure of how to dispose of a dead body, still in nipple clamps, is compounded by a shitty ex-husband, a dying shih tzu, and a rising identity crisis between Rebecca and her dominatrix persona. The stream of consciousness as she sits in an armchair mulling over her options is cinematically hilarious. But even visually, as black type on a page itself, it's right, and perhaps that's a bit of metafiction coming out in Hale. On paper, the text runs across and down nonstop. There's no paragraphing to take a breath; it rambles as thoughts tend to do, particularly if dealing with a dead body that happens to also be a US Representative.

But if Hale pens reckless people in extreme scenarios, he does it meticulously. When a crowbar hits a body, he's right on target with the sound: "strangely muted, a dull, flat sound of metal smacking flesh." One gets the sense this writer is a stickler for accuracy, whether it's a rhino-hide bullwhip (ouch) or a satellite flare. In the wild, apocalyptic, "If I Had Possession Over Judgment Day" (also the title of a song by blues great Robert Johnson) the sky is graced with the eerie appearance of Iridium flares, named after the company that built the satellites causing them. This enjoyable bit of cosmic trivia functions as a pleasant deception, a nerdy door into a tale of utter human chaos—including the crowbar treatment. By the end, those satellites provide a strangely comforting juxtaposition. They may look unnerving, but at least they travel in a predictable trajectory. That's more, at least in this book, than we can say about ourselves.