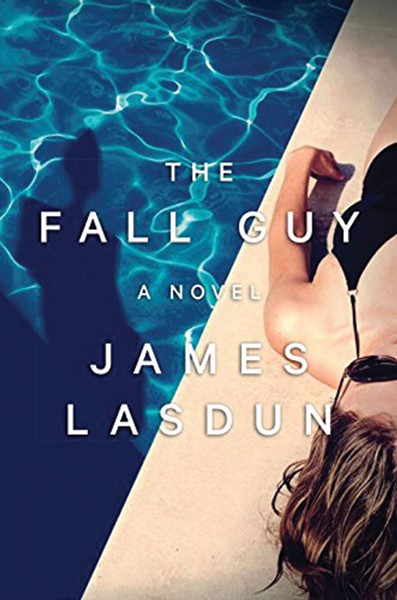 Matthew's attraction for Chloe becomes clear to readers even before Matthew makes it upstate. When Charlie leaves an anniversary gift for Chloe behind in the city, Matthew offers to retrieve it and head upstate the following morning. Matthew takes in the sights and smells of Chloe's nightgown in the room he stays in, and decides that the Tiffany bracelet is not worthy of her. Upon his arrival at the country house, Lasdun vividly portrays Matthew's besotted state around Chloe, Matthew viewing his cousin's wife as his fantasy soul mate.

Charlie, let go from corporate banking, is also floundering and working out his feelings about materialism, guilt, and role conflict as he passes his time watching YouTube clips of the Occupy movement by the pool of his weekend retreat.

Matthew discovers Chloe's comings and goings from a nearby motel with a strange man, and with much of summer still ahead, he struggles with whether or not to tell Charlie, thereby also revealing his own voyeurism and jealousy.

On a car ride to Hudson, Matthew would gingerly expose to Charlie what Chloe was getting up to, but time and again, Matthew's chance for this discussion keeps getting derailed. While he holds matters to himself, Matthew finds it harder and harder, as if believing "in a fourth primary color, or a second moon."

Following Chloe more and more to find the rental house of her lover, Matthew considers confronting one or both of them, expressing his feelings for her. Tragically, he also starts to misinterpret Chloe's signals. Uncomfortably, Matthew bumps into Chloe's lover repeatedly in the small town—in the market, in a bar. It's after this bar encounter that Matthew decides to let himself into the rental house. His curiosity puts him in the middle of a disturbing scene while having to confront unpleasant truths about himself and how he is perceived.

With characters richly detailed, as well as their childhoods and social status along with the tensions that ensue, The Fall Guy's complex moral tale is absorbing from its start. The reader can practically taste all of Matthew's cooking at the weekend house and feel all the sensations of summer and conflicting emotions. Though the tension is revealed early on, the book is a page turner till the end, like a car accident happening in slow motion that you can't look away from. Lasdun's greatest feat is to play out the age-old themes of infidelity, greed, jealously, theft, blackmail, and murder in unexpected ways.