Thirteen pregnant teenagers close their eyes and think of the Founding Fathers. Two strangers bring a dog back to life with grief-induced sex. A robot is sent on a suicide mission by the man who loves her. A wife harbors two secrets: her infidelity and her nightly transformation into a deer.

In her debut short story collection, The Dark Dark: Stories, Samantha Hunt writes about the ordinary through a supernatural kaleidoscope. She holds the mundane and extraordinary up to the light and tries to explain the shadows. Hunt, the author of three novels (The Seas, The Invention of Everything Else, Mr. Splitfoot), is no stranger to the intersection of the real and paranormal. These short stories all exist in an amorphous area between the real and the mystical; the domestic and the fantastic; the living and the dead.

The women-centric stories explore loss, anger, sex, apathy, love, and mental illness. Whether it's girls, teens, wives, mothers, or even robots, we witness their lives with an intimacy that blurs the boundaries of fiction. Their hopes, dreams, neuroses, fears, and regrets are on full display, and it feels painfully real. Hunt's writing does not gloss over the dark, ugly parts of womanhood. Instead, she allows women the space to be wild in ways the real world does not—by writing with empathy and grace.

The first and last stories in the collection serve as bookends through the looking glass. In both "The Story Of" and "The Story of Of," Norma, a happy-enough but bored housewife, yearns for a child more than anything. In the first tale, Norma meets Dirty Norma—her husband's estranged half-sister—and discovers a secret that nearly leads to violence. In the last story, Norma is still barren but everything else is slightly off-kilter: Dirty Norma is not who we think she is, Norma's husband is cheating on her, and Norma finds a life-changing stenographer's notebook. Part nesting doll and part Spot the Difference game, "The Story of Of" divides, doubles, and rewrites its predecessor into near nonexistence. When the two-part collection ends, we realize that Norma has indeed given birth to something—not the baby she desired, but something much more sinister.

If women serve as the North Star of this collection, nature is the cosmos around it. The stories are deeply rooted and inexorably connected with the natural world. Hunt's writing tends to anthropomorphize nature: It invades, gets jealous, swallows, speaks, obfuscates, beckons. Above all else, Hunt seems to view women and nature through a similar lens: unbridled and not fully knowable.

The story "All Hands" takes place in a Coast Guard town where the guardsmen come and go like the tide. The middle-aged female narrator, who works at the school the 13 pregnant girls attend, is scared for them and all girls around the world. She's afraid they will sail away with the men before we can know who they are, what they are capable of, and how we can protect them. In the closing lines of the story, she compares the 13 girls to the ocean: "Does he understand what the girls mean or does he, like me, at least understand that he doesn't understand? We don't know the alphabets they use, but we can read a curve. We see a girl's reflection. We tilt our faces toward their glow, warmed by their light, their meaning bubbling up from a dark sea."

The story reveals how little we know about girls or the ocean; the ways we have barely begun to plumb the depths of either. Hunt's stories show that we can no more easily see into the hearts of girls as we can the bottom of the ocean—we can see but cannot truly know the darkness they share. We can only appreciate them from afar and hope we are not left standing on the shore as they sail away. 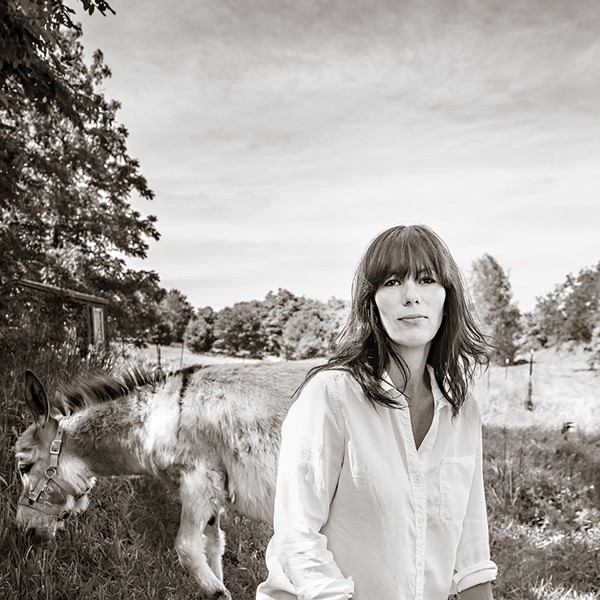 Book Review: "River Under the Road"