Book Review: Forever and a Death 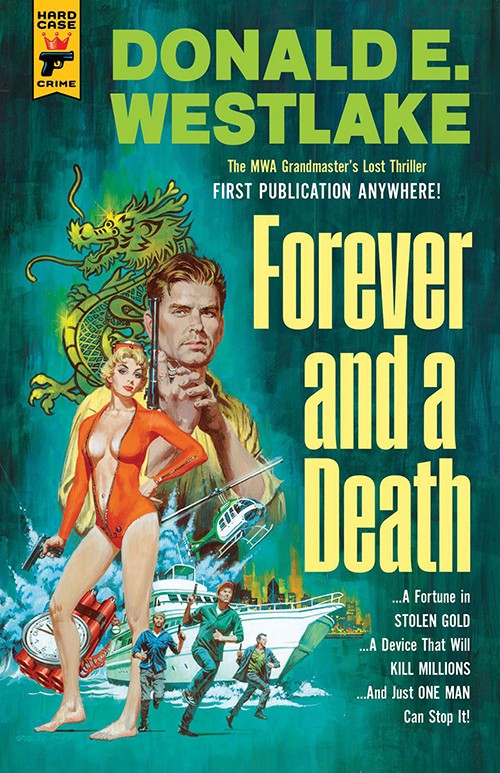 In the early 1990s, mystery writer Donald Westlake was approached by the producers of the James Bond franchise about writing a story as a follow-up to GoldenEye. Meetings were taken, ideas tossed around, and draft treatments produced, but a combination of movie-business realities led to the idea's being abandoned.

Westlake—Mystery Writers of America Grand Master, three-time Edgar winner, Academy Award nominee for The Grifters, author of over 100 novels—decided that if Hollywood wasn't going to use his idea, he'd base a novel on it. It remained unpublished when he died in 2008, but now his fans—for whom this is like discovering another chocolate truffle in a box thought empty—and the rest of the world can dive in and devour another helping of his vivid storytelling.

Forever and a Death opens off the coast of Australia, as a wealthy businessman's helicopter touches down aboard the deck of his yacht. He's about to demonstrate to his venture-capitalist guests a new method of paving the way for redevelopment of an island—ostensibly, all he means to do with the new technology his engineer has developed.

Nearby is the Planetwatch III, a ship belonging to volunteer environmental protectors. Westlake tosses us back and forth from one ship to the other as suspense builds about whether the technological breakthrough, "solition," will work as expected, liquidating the landfill that makes up much of Kanowit Island so that it will dry into a flat, smooth surface perfect for casino-building. We're already certain that businessman John Curtis will be deaf to the pleas and demands of the Planetwatchers that the test be postponed.

Desperate to stop the series of powerful explosions that the Planetwatchers fear will doom Kanowit's coral reef, 23-year-old Kim Baldur dives into the sea scant minutes before it happens, thinking her action will force a halt to the proceedings. Nope. Her fellow eco-warriors assume she's died, but she's fished out of the water by Curtis and his crew, just alive enough to be a major nuisance.

Fortunately for her, not every living soul on board is evil. George Manville, the engineer who developed the solition, takes it upon himself to watch over her and she begins, much to Curtis's annoyance, to heal. He'd far rather she quietly pass away; when that doesn't happen he hires killers, and it's then that Manville finds the inner Bond he never knew existed.

There's much more peril ahead. Curtis, whose rage against the Chinese government for nationalizing his Hong Kong assets knows no bounds, has other plans for the solition process; Kim and George face an uphill battle in evading his goons while seeking to get anyone to listen to them.

Westlake masterfully snakes the plot through turn after twist, through richly rendered locales in Australia and the Far East, as Curtis pursues his intention of turning the entire city of Hong Kong to soupy slop (after, of course, making off with all available gold). His status as a respectable one-percenter and the singular nature of the threat make it hard for the good guys to get any help and when they finally do, it may be too late.

This isn't a James Bond tale; aside from the solition, there's no mind-bending tech involved, and good guys and bad are very human. But there's no lack of gripping action, and Westlake fans—while wondering what the master might have done for 007—won't regret having this book instead.