Josh Lansky, titular character of New Paltz resident Greg Olear’s rich Fathermucker, is primary caregiver to willful three-year-old Maude and brilliant-but-difficult five-year-old Roland, who has Asperger’s syndrome. In addition to wrestling with the pervasive feelings of fear and failure that plague all fathers, Josh struggles with virility issues, a stalled screenwriting career, and a troubled marriage to lapsed actress Stacy, now an IBM employee haunted by lost opportunities. This is business as usual, until a foxy mom at a morning playdate reveals her suspicion that breadwinner Stacy, now five days into a business trip in LA, is having an affair. Kids are everywhere, so Josh keeps it together while heartbreak, shame, anger and dread roil about his overcaffeinated guts. Before he can get details (with whom, for how long, etc.) the foxy mom hurries away, and he must wait for Stacy to return the next day. He ruminates and rages, all while wiping young bottoms, getting pulled over by a cop, salivating at eye candy, listening to Penthouse Forum-style playdate gossip (it happens), being judged for eating verboten junk food, receiving physical abuse from unruly children, and trying to find a decent song on the radio.

Almost everyone knows a stay-at-home dad—or SAHD, as Josh says. What most of you don’t know, and what Olear provides, is the passionate, devilish inner monologue often at odds with a SAHD’s (mostly) responsible exterior. Their friends view Josh and Stacy as a “great couple,” but inside, Josh is a piece of work; even before he tortures himself with screenplay versions of his wife’s infidelity—schadenfreude at its best—he’s just this side of a car crash. His frequently hilarious, insecurity-and-id-fueled conscience is stoked and soothed by hyperconnectivity to pop culture; tormented by tabloid titillation, calmed by Tom Petty, rankled by Facebook, saved by Noggin. Most men who care for kids don’t want you to know this stuff, but Josh’s frankness strikes a refreshing, power chord of truth. His little rebellions against the crunchy hipster class of New Paltz are deeply satisfying to anyone ever frowned upon for a substandard car seat.

Olear provides a tantalizing rhythm between the raunch and roll of Josh’s “inside voice”—including an occasionally annoying fixation on detail—and what he actually does. The choices he makes more often than not reveal a deeply moving devotion to his family, an uncommon love burning constant under the worry and kvetching, all of which makes a cheating wife more compelling (and excruciating). One of the more striking chapters—Asperger’s: A Chronology—is fascinating and briskly informative; this multileveled story-within-a-story illuminates the Lansky family’s stressed situation while also delving into a history of the medical establishment checkered enough to make anyone turn punk. Just as Fathermucker should be given out to all new parents (instead of, say, What to Expect When You’re Expecting or Battle Hymn of the Tiger Mother) the Asperger’s chapter alone should be made into an educational pamphlet.

Olear’s writer chops don’t end there. In addition to Josh’s distinctive, relatable wit, the insertion of Dr. Seuss homages into a coarse, long-winded web of sexual intrigue amongst Josh and Stacy’s married friends is a bawdy, ballsy tour de force.

At one point Josh notes that twins at a playdate “couldn’t be more different. No two snowflakes and so forth. Parenthood would fill your heart with wonder if it weren’t so fucking exhausting.” He’s wrong, though; in Fathermucker, even exhaustion can’t keep the wonder away. 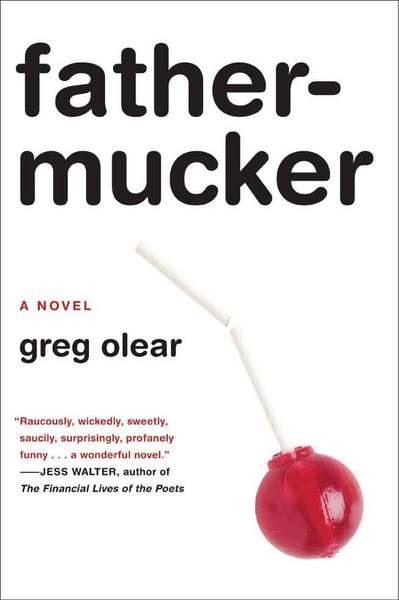