Atypical: Life with Asperger’s in 20 1/3 Chapters
Jesse A. Saperstein

Imagine, for a moment, the confounding nature of honesty: from earliest childhood, we each learn that we must mitigate our truest instincts, desires, and impulses, if we are to operate harmoniously within the proscribed constructs of society. To varying degrees, we constantly grapple with balancing the realization of our innermost selves with the necessary compromises required to make it through a given day without incident. In his autobiographical ramble Atypical, Hudson Valley native Jesse Saperstein, who is diagnosed with Asperger’s syndrome, offers a startling window into a world in which that premise simply does not make sense.

Saperstein’s book is a compelling new piece in the public forum which continues to shed light on the spectrum of Autism, a wide-ranging neural development disorder; his work falls in step with this year’s acclaimed HBO biopic Temple Grandin, about the life and achievements of the autistic Colorado State University professor. Saperstein lends perspective on the “mildest” end of that spectrum, Asperger’s Syndrome—which, due to its comparative subtleties, can prove an even more insidious challenge to those who contend with it.

Growing up in a middle-class Jewish family, Jesse Saperstein was not availed of special programs—he attended Poughkeepsie’s Arlington High School, and went on to Hobart and William Smith Colleges in upstate New York—and his unshielded interaction within the “neurotypical” community elicits a picture of sequestered rage, solitary joys, and often painful introspection. Saperstein’s prose spills into the crevices of our neurotypical preconceptions, inviting the reader to climb into the author’s mind and confront the barrage of constant and specific information that is indicative of Asperger’s, as well as the frustration of being consistently misunderstood.

The book is a tumbling ride that visits many stations: the virtues of Halloween or the plotline of “Desperate Housewives” may appear at any given moment. To be sure, staying on Saperstein’s train of consciousness is not for the weak of will, but it is also not without many rewards. At times, Saperstein’s unique insights into American Jewish Boy culture are reminiscent of a young Philip Roth; at others, his staunch, somber appeals for a more accepting society are as lucid and inspiring as James Baldwin’s. Most poignant, though, is his indefatigable search for self-knowledge as he seeks admission and acceptance in a world that does not play by his brutally honest rules. Pondering the elusive nature of empathy, Saperstein reflects plaintively:

“Maybe Asperger’s syndrome is a euphemism for being an unempathetic asshole who makes a deliberate effort to shirk societal norms.... The shame sometimes grows so intense that I start to let people convince me that I deserve to be feared or hated.”

Saperstein never gives up, though, and his life continues to be a testament to his determination. After college, where he was a resident advisor for the AIDS Awareness dormitory, Saperstein went on to volunteer at the Joey DiPaulo AIDS Foundation’s Camp TLC (“Teens Living a Challenge”; see www.jdaf.org); he was then inspired to hike all 2,174 miles of the Appalachian Trail to raise awareness and money for the foundation. He has continued as a public speaker, and now author, raising awareness not only of Asperger’s, but of the deeper common bonds of humanity.

Jesse Saperstein will appear at the Millbrook Book Festival May 15 and at Oblong Books & Music, 6422 Montgomery Street, Rhinebeck, on May 22 at 7:30pm. 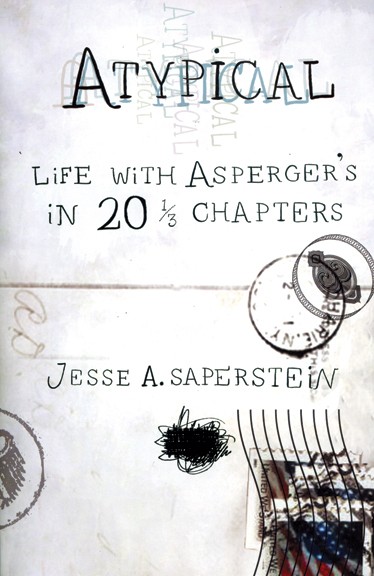