Book Review: A Hand Reached Down to Guide Me: Stories and a Novella | Books & Authors | Hudson Valley | Chronogram Magazine

Book Review: A Hand Reached Down to Guide Me: Stories and a Novella 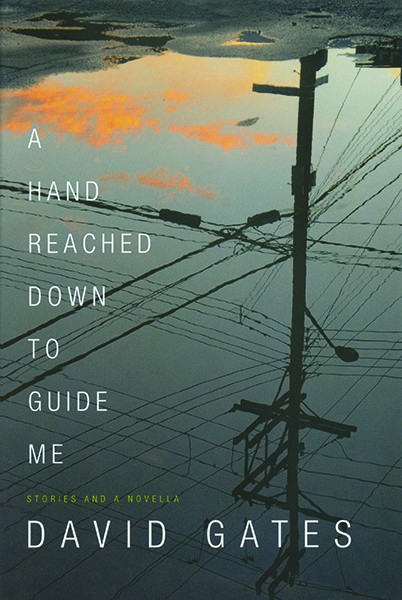 Sink into the expansive yet tightly wrought world of a David Gates story and you may find yourself clucking with recognition. A Hudson Valley part-timer, Gates knows the milieu of which he writes: Rhinebeck, small upstate towns and weekend houses, clapboard or modernist architecture, the train station and the commute down to the city, the local restaurants, the flora and fauna. His characters are so palpably human you might think you saw them at Upstate Films. They're men and women, mostly smart and well-educated, who are married or not, straight or gay, parents or not, making a living. But they don't necessarily have a grip on what makes them happy, and that's where we come in.

These are people who muse and reflect, ebb and flow, rush and languish in and out of their stories with crystalline urgency. All have a tale to tell, and often a lot at stake. Sometimes they're recounting a chain of remarkably deadening marriages or inevitable, whiskey-tinged affairs. Sometimes they need to get something off their chests and take stock of their lives up to this point. The stories have a sense of being a point on someone's trajectory, often on the descending side of the mortal arc. What keeps the energy up, page after page, is a marvelous, earthy, realistic, and all-too-familiar mess. You're never sure what's going to happen next—what shitstorm, as one character says, is about to occur.

Gates is one of the writers keeping the classic American short story alive. He's not a trickster or a formalist; he's not meta, he's not overwrought. He's also not brief, but he is economical: Each story takes exactly the space it needs to unfold, and the prose comes by itself honestly. A character may suddenly make an aside to the reader, or the narrator (always a tangible personality) adds a clarifying parenthetical. These infrequent asides are revealing, as if the narrator needs to catch his breath after a certain moment of truth, and in so doing, lets down his guard. You might call it the life-worn picaresque.

Gates gets his people right, both men and women: He gives them messy ethics and conflicting desires and interesting brains. They make mistakes that they know are mistakes, because they don't know how not to; they want to do what they want to do. The enthralling "Banishment" is a long meditation on time spent—or wasted —in marriage, love, and the facsimile of peaceable companionship, narrated by a woman who's had a good deal of all of the above. She's refreshingly frank and often funny when talking about sex. At one point she runs into a woman who's clearly slept with a houseguest and describes her as wearing a "bar length skirt."

Favorably compared to both Raymond Carver and John Cheever, Gates has a similar acerbic poeticism, but he's less bourbon-soaked and less bluntly tragic. This is his first collection in 15 years, and it carries the weight of maturity; of being more acquainted with the impulses and compromises one makes over the course of a lifetime. "The bad version is that we spent years hiding from each other in that beautiful house. A happier way to look at it is that this is what marriage is—mutual accommodation, tolerance and forgiveness. Or is there a distinction?" So muses the woman in "Banishment," making the reader want to clap her (and Gates) on the back.