Boats Against the Current 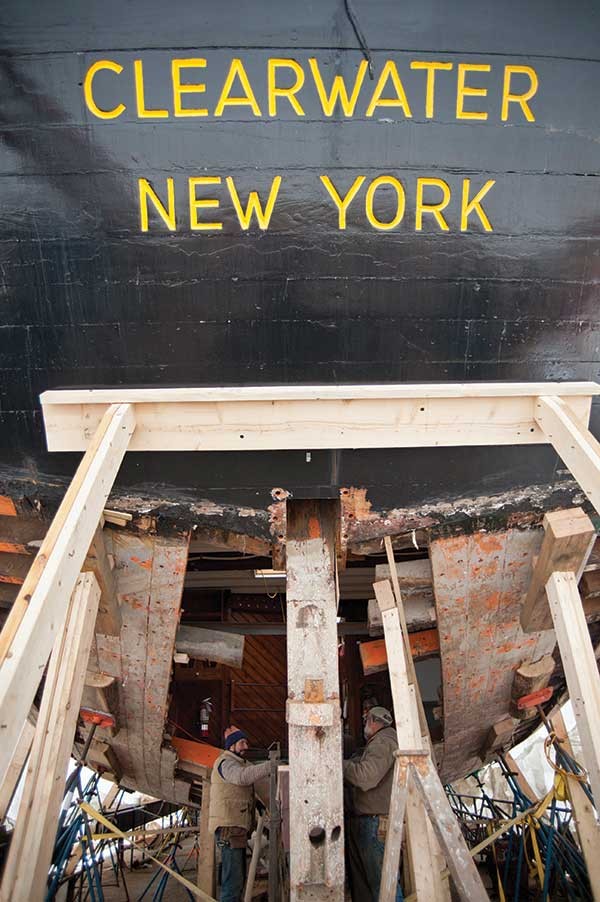 People sporting top hats and bow ties, hobble skirts and strings of pearls, swarmed Wall Street in Kingston around midnight on December 31. They were getting ready to welcome in a new year—2013—but they celebrated as if it were a century earlier. The historic Stockade District's setting, with its 18th-century limestone houses and original 17th-century street plan, invites such a throwback theme. "You can almost imagine it like it was 100 years ago," says Mike Amari, talent buyer for BSP, the main organizing business of the 1913 Uptown Kingston New Year's Eve celebration. "It was a busy neighborhood with a thriving nightlife."

Thanks in part to the dynamic shows held nearly every night at BSP Lounge by national headliners and local artists alike, Kingston's streets are beginning to resemble the happening days of yore. Inspired by the community-wide, multiple-venue model of Kingston's O+ Festival, where art is bartered for health care, BSP partnered with the retro-chic Stockade Tavern and New American bistros Boitson's and Duo to host a night that attracted crowds beyond their capacity limits. Expecting between 300 to 500 people to attend the New Year's Eve event, over 1,000 gathered uptown. "Everyone chipped in and everyone benefited," says Trevor Dunworth, BSP's manager, adding, "What happens outside BSP is just as important as what happens inside." Not only were the New Year's Eve revelers celebrating Kingston's history, but, with the city's first-ever ball drop and an unprecedented turn out, they were also making history.

Kingston's heritage is palpable despite the city's recent developments, even when people aren't moseying the streets in period garb. Friends of Historic Kingston, a nonprofit organization dedicated to preserving and promoting the city's history, hosts tours and lectures of Kingston's historic sites, like the Old Dutch Church, organized in 1659, and the Matthew Person House on John and Crown Streets—the only intersection in the country with pre-Revolutionary stone houses on all four corners. Kingston's Buried Treasure Lecture Series includes programming at the Senate House, where the state government came into being in 1777 before British invaders burned the city; the Kingston Court House, where Sojourner Truth fought (successfully) to recover her son who had been illegally sold and sent to Alabama in 1827; and the Coykendall family plot at Montrepose Cemetery.

Though Uptown has seen a slew of businesses open with great reception—including innovative hybrids like Outdated Café;, a coffee lounge and eatery that doubles as an antiques shop—Kingston's revitalization hasn't stopped there. The Forsyth Nature Center is just a short walk from the city's thriving business sector. According to Jillian Fisher, coordinator of tourism and cultural affairs for the city of Kingston, Forsyth "takes all of our natural resources and tries to make [them] accessible to everyone." This includes organizing nature walks, educational programs, and summer kayaking trips on the Hudson, as well as inviting the public in to visit its 24 animal exhibits and dozens of native-flora-filled gardens.

Downtown, similar efforts to tap into Kingston's resources and heritage are evident in the partnership between the Hudson River Sloop Clearwater and the Hudson River Maritime Museum. The new Kingston Home Port and Education Center, a product of that partnership, has put into motion the biggest restoration project for the historical vessel Clearwater. "We're really working on trying to build Kingston as a new sustainable city," says Jeff Rumpf, Clearwater's executive director. In addition to rebuilding the sloop, the new Home Port and Education Center offers a site for learning about the Hudson's heritage, and for fostering community. The barn, constructed with the help of nearly 1,000 volunteers, is the site of dances and potlucks, offering people a chance to come together and note the work being done to the sloop. "Shipwrighting is like the most advanced level of carpentry," Rumpf says. "Every piece is handcrafted." Clearwater also offers apprenticeships to train young people in this specialized skill. "One of our goals is to work with the city of Kingston and Bosces and maybe UCCC and teach young people who don't have a lot of opportunities some great skills," says Rumpf. 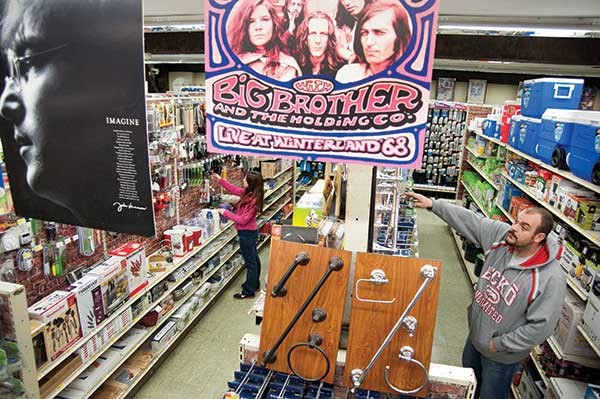 Even Midtown, a section of Kingston largely overtaken by empty storefronts and commercial chains, is seeing a rebirth of culture and community. ArtBridge, an organization that transforms urban construction into temporary art installations, chose the Broadway bridges for its first installation outside the five boroughs. According to Mayor Shayne Gallo, the project is a way to move forward in those parts of the city that have been neglected. "What better way to do that than art?" asked Gallo at the ArtBridge: Kingston opening reception in March at Seven21 Media Center. Seven21, a media production cooperative that Kingston native Jeremy Ellenbogen opened in 2008, is another testament to Midtown's development. "The advantage of a co-op is to have a place where you share services, resources, and ideas," says Ellenbogen. In addition to its 20 different professional media outlets, Seven21 founded the Media Arts and Technology Alliance—a digital media collaboration between SUNY Ulster, Central Hudson, and Seven21 that gives college students a full production experience with access to the media center's latest gear and equipment.

The faces and places of Kingston, Stone Ridge, and Hurley.