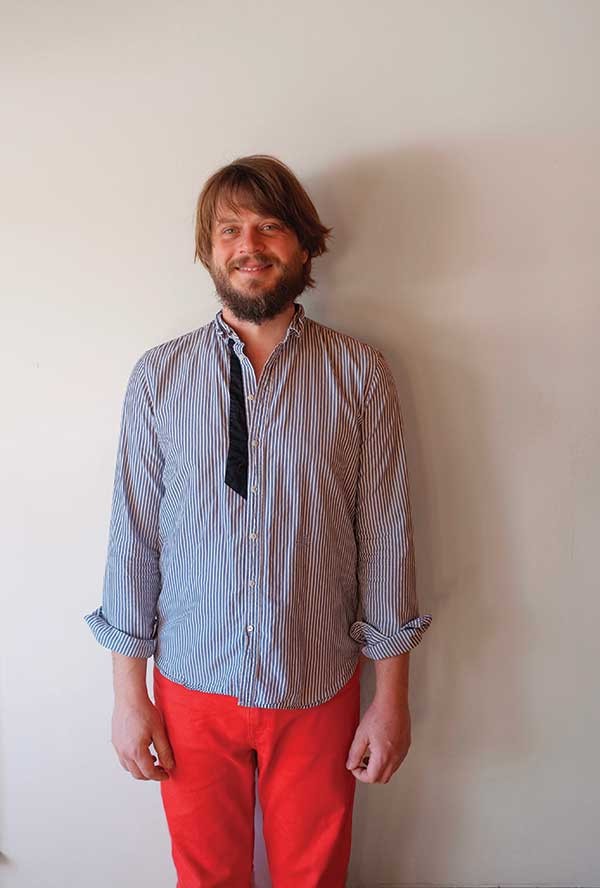 It's about 1:30 on a sunny afternoon, but by all rights Marco Benevento should be falling asleep in his snow boots. "I just got back from a West Coast tour, at, like, 3:30 this morning," he says, crunching through the drift between his West Saugerties house and the outbuilding that serves as his studio/rehearsal room. "And then my kids woke me up, after I'd been to bed for about three hours." You'd never know it, though. While laughing about and praising his two young daughters' eagerness to welcome their daddy home, the bearded keyboardist is more animated than most of us would be after 10 hours' slumber and a pot of high-grade espresso. Throughout the course of our interview, he's a free-flowing fount of energy, color, and endless ideas. Exactly like his music.

Called "a musician so original that he can only be judged by his own standard" by All Music Guide, Benevento is a player whose continuously surprising, mainly instrumental art bleeds across multiple genres, juxtaposing jazz, rock, and experimental styles with an organic, unforced, it-is-what-it-is panache. Besides making five official albums as a solo artist and playing in the band GRAB with Phish's Mike Gordon and Trey Anastasio, the funk-rock quartet Garage A Trois, and the Led Zeppelin "reinterpretative" ensemble Bustle in Your Hedgerow, Benevento is famous as one half of the Benevento/Russo Duo, the keyboards-drums unit he formed with percussionist Joe Russo in 2001. Like Benevento's friends and neighbors Medeski, Martin & Wood, the Benevento/Russo Duo came together in Lower Manhattan's avant-jazz scene and was able to make the more lucrative leap to the jam band circuit—without changing a note of integrity in the process.

Limbs of a Pine
Marco Benevento
Update Required To play the media you will need to either update your browser to a recent version or update your Flash plugin.

Benevento, 35, grew up in Italian-heavy Bergen County, New Jersey. "My dad came to the U.S. from Italy when he was 15, and around the house he'd sing all these Neapolitan songs he'd learned when he was a kid," he recalls. "My uncle played guitar, and after pasta dinners and wine there'd be campfire-style singing." The budding musician started piano lessons at seven ("I hated them," he says with a laugh), but didn't really get excited about playing until he got a Kawai synthesizer and a four-track recorder in sixth grade. And despite his later reputation as a jazzer, it was rock that captured his ear first. "Of course I loved the Beatles," Benevento says. "And the Who, I loved the synth stuff on 'Baba O'Riley.' The Doors were really a big deal too—Ray Manzarek's whole style of playing the bass parts on electric piano with his left hand." He soon put the same technique into practice with his first band, a bass-less 1990s keyboard/guitar/drums trio that played "Zeppelin and Alice in Chains covers at sweet 16 dances." At 15 he discovered jazz—Oscar Peterson and Jimmy Smith were early revelations—and ended up musically bonding with Russo in a high school detention hall. "We were both in for just being goofy in class," Benevento remembers. After graduation the two went their separate ways, Russo to Colorado to join jam outfit Fat Mama and Benevento to Boston to study jazz at Berkelee College of Music under pianist Joanne Brackeen from 1995 to 1999.

"I get why a lot of people think the term 'music school' is an oxymoron," Benevento says. "But, looking back, I'm really glad I stuck it out. A big part of why I stayed was because I was also playing in a band, the Jazz Farmers. We had a residency at a little bar, doing Charles Mingus, Horace Silver, Joe Henderson, that kinda stuff. We'd pack the place and still somehow only make, like, $20 each, but I learned a lot." Yet as musically fertile as the Jazz Farmers were, Benevento knew that Manhattan was the next stop. "My teacher always said 'Boston's just the bullpen,'" he recalls.

So by 2001 he was in New York, where, almost right away, he ran into Russo outside of a Medeski, Martin & Wood show at late, lamented Lower East Side creative hub Tonic. The two began performing as the Benevento/Russo Duo, doing gigs that saw Benevento adding circuit-bent toys (manipulated effects boxes and electronic children's games) to his arsenal of Hammond organ and Wurlitzer electric piano. After two self-released albums, the pair signed to indie label Ropeadope Records, for whom they made the acclaimed Best Reason to Buy the Sun (2005) and Live from Bonnaroo 2005 (2006), the latter featuring Phish bassist Mike Gordon and taped at the titular Tennessee jam band summit.