In 2011, small towns across America were still aching from the Great Recession. The Delaware County village of Margaretville was no exception. Even tourism from nearby Belleayre mountain couldn't help the economy lagging. Then on a fateful night in August, Hurricane Irene barreled through the region, dumping more than a foot of rain. The once-charming creek at the center of Margaretville turned feral, overflowing its banks and leaving the village up to its eyebrow Colonials in water.

In the aftermath of the record-setting deluge, the residents of Margaretville showed grit, rolling up their sleeves and getting to work rather than hightailing it for drier ground. In the seven years since, the bootstrapping business community has rebuilt both the physical and economic infrastructure of the town, with more than a dozen ribbon cuttings over the past few years. 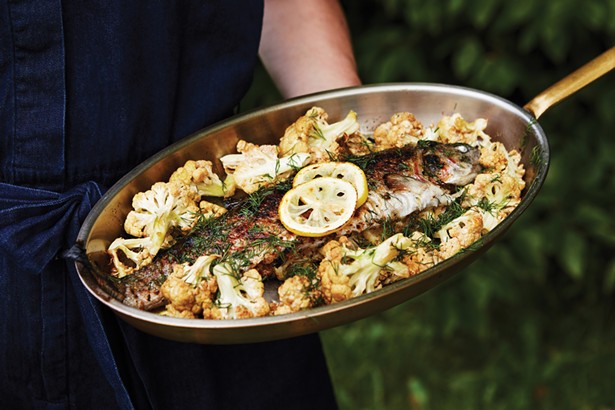 Thinking Outside the Square

The latest of these is Binnekill Tavern, which opened mid-October. Overlooking the picturesque creek that runs along Main Street, the reimagined restaurant is vying to fill the shoes of the former social hub of Margaretville. For over 30 years, Binnekill Square was the beloved community gathering place and watering hole of the village. Run by Swiss-American couple Walter and Jackie Keller, the restaurant was popular with weekenders and locals alike for its warm, no-frills ambiance and hearty Alpine fare (think schnitzel and cabbage).


Despite straddling the banks of the creek, Binnekill Square survived the flooding, thanks to its bridge-like construction, and the Kellers reopened after the hurricane, offering a much-needed public living room for the community. But the couple was well into their 80s, and just a few years later they decided to retire, putting the building and the business up for sale in 2015.

"When Binnekill Square closed, there was a hole in the community," says Bryan Calvert, chef/owner of the recently reopened and re-envisioned restaurant. Incidentally, Calvert relocated to the area the same year the Kellers closed up shop. Seeking to get "as far from the city as possible," he bought a remote cabin on 25 acres in nearby Andes. Not long after his arrival, the entreaties began. "When people got to know me up here, they strongly encouraged me to take over the restaurant," he says.

He certainly had the CV for the job. In 2008, Calvert's cozy Prospect Heights restaurant, James, was one of the early players to put Brooklyn on the food map. The New York Times praised the "small, sweet" restaurant for its "succinct, appealing menu," describing James as "the kind of modest, warm refuge produced by a chef who wants to simplify things, to personalize things, to work on a scale that doesn't require or invite the meddling of too many outsiders."


Despite the restaurant's acclaim, after nearly a decade, Calvert was ready to extricate himself from James, a process which led to the mountains of Delaware County, and ultimately to Binnekill Tavern. 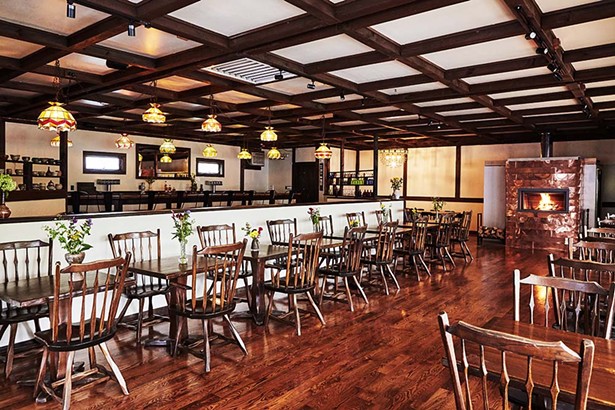 In this little-known northwestern corner of the Catskills, Calvert is bringing all of his culinary mastery to bear on a simple concept: mountain comfort food. "A restaurant has to have a sense of place," he says. "This was already established, so I took some cue from what it was before. It will morph as we grow."

Classics with a Twist

The menu at Binnekill Tavern changes on a rolling basis in response to seasonality and availability, but heading into winter, it is loaded with hearty cornerstone dishes. "I wanted to create a menu with something for everyone served in a place that is comforting after long day on mountain, where you can get great drinks and a warm vibe," says Calvert.


Kick off your dinner with a sumptuous starter like the cauliflower soup, drizzled in truffle essence and served with hunks of roasted garlic, shredded parmesan, and croutons for a modest $7. Or opt for the crispy pork belly, which offers a gentle Asian profile, served with Napa cabbage slaw, spicy honey glaze, cilantro, and basil ($12). For a more locally inspired first course, choose the smoked trout salad, a perfect balance of sweet roasted beets, bitter wild arugula, tangy horseradish vinaigrette, and rich chive oil. 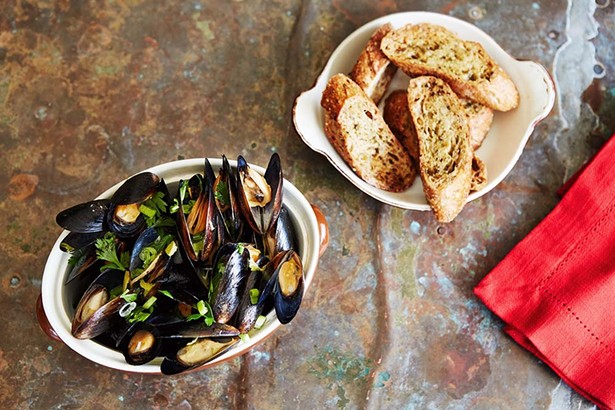 "I think people like to eat what they know, but they want a little bit of adventure at same time," Calvert says. "I'm going with some classics and putting a twist on them." This approach is epitomized by the meatloaf special, which is made with ground lamb instead of beef and topped with a local goat cheese fondue. "We are developing a good local community with a sophisticated palette," Calvert says. "Comfort food doesn't have to be heavy just has to satisfy you and make you happy."

The mains span all the major food groups—fish, fowl, beast, and pasta. For a Southern-inspired entree that Edna Lewis would be proud of, try the sautéed shrimp, served with creamy grits and spicy tomato stew ($24). In need of some classic comfort? Lean into the grass-fed beef short rib, accompanied by smashed fingerling potatoes, roasted broccoli, and roasted red pepper jus ($29). At $15, the bacon cheeseburger is the cheapest entree on the menu. Served on a brioche bun with lettuce, tomato, onion, and fries, this is a well-made, unpretentious favorite, popular with the bar crowd. And Binnekill Square loyalists can count on at least one schnitzel dish on the menu. "I was strongly encouraged to do the schnitzel," Calvert says. "As a chef, it's always fun to learn new dishes. By listening to clients, sometimes you do things out of your genre."

It is this sensibility, this blend of regard for the old alongside a steadfast commitment to the future, that will likely be the key to Calvert's success in this mountainside village.

So Long to Shag

With a glut of stained glass light fixtures and wall-to-wall carpet that predated the ban on indoor smoking, the restaurant Calvert closed on in April was in serious need of an update. Over a six-month period, he renovated, replacing shag carpeting with red oak floors; paring down the number of light fixtures, while still leaving some for posterity; installing a tap line system; swapping out kitchen equipment; rebuilding the wooden deck rendered unsafe from the hurricane; and clearing out the basement (a graveyard for the Kellers' what-ifs).


The original copper bar remains, as do the handmade Hunt chairs and tables in the dining room. To tie in the bar, Calvert has built a copper-faced open fireplace, giving the space a cozy ski lodge feel. On a brisk night in mid-November, the restaurant is buzzing with a cheerful din. A young couple on a date rubs elbows with a couple of guys in Carhartts and steel-toed boots. The vibe is casual and friendly. Everyone is welcome. "It was a beloved restaurant, so I wanted to keep original vibe, but modernize it, clean it up," Calvert says. "I also had an aesthetic I wanted to convey—this kind of warm, tavern feeling, where people can come and hang out, drink, eat, and have a good time."

Undoubtedly, the simple, classy establishment has regained its seat as the social hub of Margaretville. And Calvert's culinary magic applied to a down-home concept has created a bevy of options at a decent price point for fine dining anywhere. Whether sitting on the deck overlooking the beautiful creek in summer, or tucked away by the open fireplace in the middle of winter, you are sure to savor every delectable bite of your dinner.