Beyond the Shadow Feminine 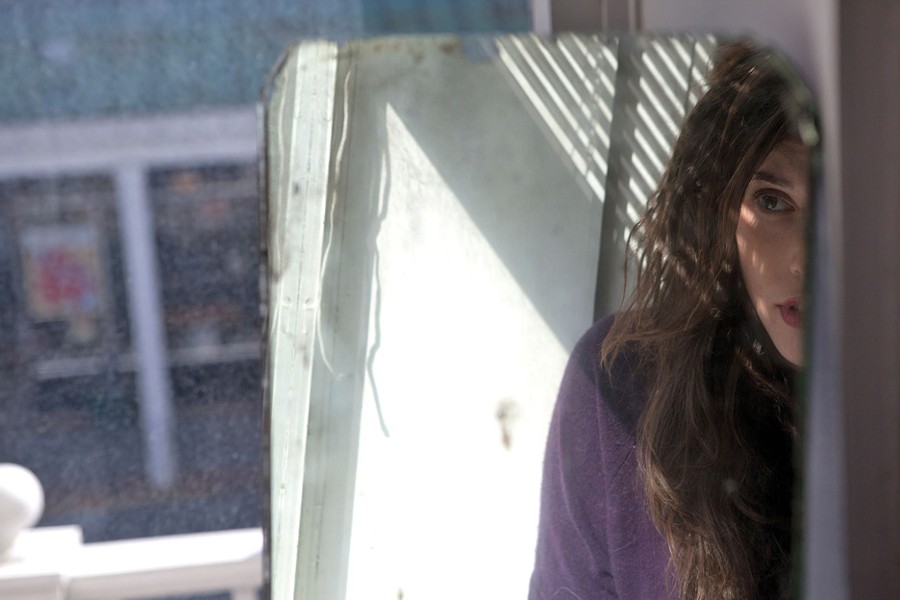 It’s been easy to notice the misogynist rampage of the Republicans lately. Watch cable news for 20 minutes and you get inundated with it.

Last month, for example, the Republican-controlled Senate in Utah successfully pushed through a law effectively banning sex education courses from covering the subjects of contraception, premarital sex, and homosexuality, forcing schools to teach only abstinence and heterosexuality or not have any sex education program. Note, this crap has been going on since 1981, costing American kids worlds of pain and costing the taxpayers billions of dollars.

In South Carolina, some politicians tried to make a rule that nobody who has had premarital sex can run for office. This is the kind of thing I would think of for an April Fool’s Day prank and be rather pleased with myself; but it seems like many politicians are hell-bent on outdoing the cartoonists who ridicule them.

Given that spring is the season of Beltane, when passionate lovemaking and sex out in the fields is an offering to the Earth in the spirit of planting the seeds of abundance, it’s little wonder that we’re having economic problems. Humans are part of the natural cycle of fecundity, which means fruitfulness. Sexuality is not only natural; it’s related to everything we do and in some way soaks into or sweats out of every relationship we have, particularly to life itself. Unless you’re Dolly the Sheep, you’ve been sexed into existence. OMG.
It would seem that by banning most forms of sex, information about sex, discussion of sex, health services related to sex, choices about sex, and feelings about sex, the goal is to cut people off from their potential, the expression of their natural feelings, and from abundance.

And you might think: Men! Leave it to men! This is misogyny! Women are being oppressed!

Except for one thing. In the politics of love, the “male party” has been cast as the one that is pro-promiscuity and against marriage, and the “female party” is the one that’s supposedly pro-marriage and against dallying around. These, of course, are the official party lines, and now they seem to be reversing: It seems to be predominantly men advocating for the marriage-only option. That said, I know very few men who pressure their peers into marriage, and many, many women who succeed in pressuring their female peers into marriage—no matter how miserable they think it’s made so many people around them.

Now a contingency of men is trying to enforce codes of morality and bodily control over everyone, but it seems that the female body is the specific target of the attack. We might say that’s because it’s the one where pregnancy happens, but I’ve also heard that people think that the men in question are intimidated by female sexual power.

Men Embodying Female Shadow
I have another theory: The men involved are providing a voice and a projection screen for women’s denial of their own sexual power. The attempt by men to ban the discussion may be a reflection of women’s refusal to take up the discussion, to educate themselves and one another, to educate their children, and to insist on honest sex education in schools.

It is girls and women, after all, who actually get pregnant—they have the most at stake. I am aware that there are some enlightened women who really give their children the tools they need. But I know too many young women whose mothers refused to give them any tools at all, who turned them against sex and their bodies, and who indoctrinated them into compulsory heterosexual monogamy. Then there are those who allow their daughters to be injected with Gardasil, which is a neurotoxin and poses the risk of sterility.

My theory is that these Republican dudes who want to probe female bodies with ultrasound devices and ban contraception and sex education and force women to carry the child of their rapist, well, they’re just expressing a much deeper level of misgiving and ignorance. They’re acting out the drama for us; they’re our elected oppressors because that’s what you need if you’re going to be oppressed. Basically, I’m saying we let these ugly people do the dirty work for us.

If many—indeed, most—of the secrets of fertility and childbirth are contained in the female body, and we now have this voice trying to enforce ignorance, and a ban on pleasure, freedom of choice, and self-determination (including the ongoing war against midwives), maybe these men are acting out the shadow feminine—the attributes of femaleness that many women themselves tend to deny. It’s easy to say, “Men are afraid of female power and mystery,” but that begs the question—how do women feel about these things?

I recognize that we have all been subjected to the guilt and shame campaign (and we still are). Yet just like the feminists I knew as a teenager explaining to me that the opposite of anti-abortion is not pro-abortion, it’s pro-choice, the opposite of guilt is not being anti-guilt—it’s affirming freedom and pleasure.

There is a proliferation of woman-centered sex toy stores, including Babeland and Good Vibrations, with many independently owned “sexuality boutiques” getting started as well.

Reason Two. Masturbation is impossible to regulate. This is true of the physical experience; at least in Western society, it’s possible to find some time alone every now and then. But it’s especially true for the mental and emotional aspects of the experience, which as you know are total, unmitigated anarchy. Within your own mind, you can do anything you want to, with or for anyone you want. This includes people of any sex, gender, or species, such as trisexual space alien fantasies or the little hottie who works next to you. Obviously, this universe of imagination is not constrained by availability, appropriateness, whether anyone might reciprocate, or whether other intelligent life exists in the universe.