Beyond Flamenco Festival at PS21

PS21's first event of the year brings Flamenco trailblazers Patricia Guerrero and Eduardo Guerrero to the Hudson Valley for Beyond Flamenco, a mini-festival challenging conventional aspects of the traditional song and dance with contemporary twists that redefine what flamenco can be in the 21st century.

This comes nearly 100 years after the publication of the essay "Deep Song" by Federico Garcia Lorca, Spain's preeminent 20th-century poet and playwright, in 1922. Lorca spearheaded an effort to revive and rescue what he saw as a neglected art form, connecting flamenco to its gypsy roots and Andalusian heritage. Lorca succeeded—in 2010, UNESCO declared flamenco one of the Masterpieces of the Oral and Intangible Heritage of Humanity. 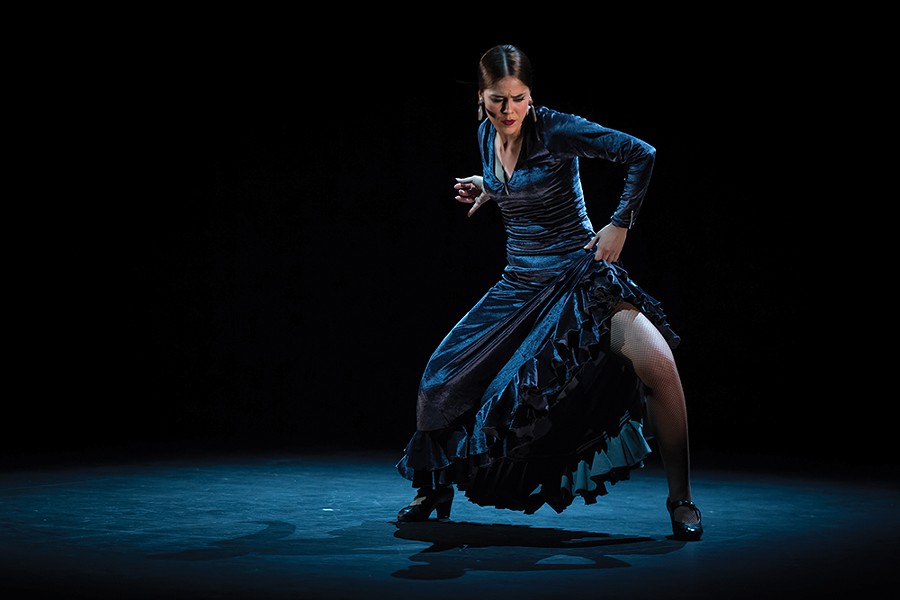 On March 15, Proceso Eterno features an expressive tug of war between playful and contentious choreography performed by flamenco up-and-comer Patricia Guerrero in PS21's Black Box Theater. Guerrero, born in Granada, started flamenco dancing at age three, and has since performed her innovative flamenco around the world. In 2016, she earned Best Show at Bienal de Sevilla and in 2019 was nominated for Best Female Dancer at the Max Awards.

On March 20, Cádiz native Eduardo Guerrero performs Desplante, dramatically blending flamenco styles in an ode to 19th-century mining songs from the southern Spanish coast. Guerrero, whose dancing can be both elegant and explosive at times, has toured with many dance companies, including the Spanish Ballet. In 2013, he won the first-place prize at Las Minas de la Unión Festival and in 2017 won the Audience Award at the Jerez Festival.

Tickets for both performances are $25 for the general audience, $20 for members, and $10 for students. The Beyond Flamenco Fest starts March 15 at PS21 in Chatham.